A single solo one-person individual by-themselves act for you as we enter the spooky weekend! 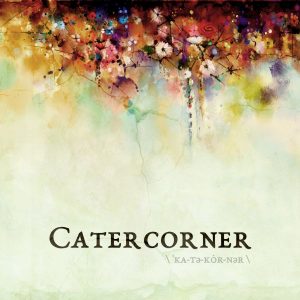 London. Well, technically I’m from somewhere far more boring but I’ve been here a while now so I’m claiming it as my own.

Despite my potentially annoying habit of describing band activities in the collective third person there is actually only me.

I’ve been playing with myself for a while. Yep. I went there.

I can’t remember 100% but I suspect I was trawling the Internet for interesting words that had some vaguely related meaning. It describes being situated diagonally opposite which seemed to fit the music and attitude.

Phew. Hmm. Hard to say. I try to listen mainly to recent music but I do keep coming back to these guys over the years: Faith No More, Tool, Intronaut, Meshuggah, NIN and Aphex Twin. I think post-metal and its related genres has really bloomed over the last decade. So many interesting bands; The Ocean, Russian Circles, Erlen Meyer, Herod, Boss Keloid, Asian Death Crustacean to name just a few. There is definitely a stronger post-metal element to the music I am working on at the moment. On the more far-out side of things I’m currently loving Igorrr, Zombieshark! and Colossal Squid.

There are a lot of different dimensions to it. It combines sounds and ideas that you just don’t hear together. This isn’t just another metal band with some window dressing electronica. It is fully integrated. I’d also say that there’s a pretty wide band of intensity that is rare. Bands tend to stick to melodic or aggressive or else you just get the generic shouty verses, lame chorus that seems to sum up a bunch of these dull metalcore bands that seem popular. It’s pretty hard to pin a genre on it… metal-breakcore-IDM-math-electronicore?! I don’t know.

Not intentionally but the EP does seem to lean toward dissatisfaction and striving for something better although those aspects probably come across like a motivational workshop with Mr Furious. I’d probably be quite surprised if anyone actually told me they’d paid any attention to the lyrics.

Catercorner is very much a studio-only project at this time. I’m not sure there is enough interest in it currently to warrant the amount of time and effort required to make it work live. I wouldn’t rule it out though as I certainly know enough of the right people to make it happen. To be honest it probably won’t be much of an issue with the combination of Covid and the government hanging the live music industry out to dry. I guess we’ll see how that pans out.

I can’t say I’ve pushed the boundaries of on-stage antics. Plus, in terms of rock’n’roll, playing technical guitar is a bit like being the designated driver. Off-stage antics… well, that’s a different story. I think one of the best things I saw was whilst watching a band at a festival playing early to a sparsely-populated tent. One of the members gathered the entire moshpit, which was a handful of people, to crowd surf. This basically involved these guys carrying him aloft around an empty tent.

The EP features a mixture of seven- and eight-string Ibanez guitars. The seven is tuned to A-flat and the eight is standard F so it’s pretty beefy. As far as amps go I use a mixture of things. I have an Engl pre- and Marshall power-amp going into a load box and I apply a bunch of cab IRs. I also have a Kemper Profiler which I used for more guitar layers and all the bass. I use loads of different VST synths, more than I can remember. Drums are entirely programmed in midi using NI Studio Drummer in Kontakt. That’s how I’m able to tightly integrate acoustic drums with loops and more traditionally electronic drums.

I am currently promoting Catercorner, the self-titled debut EP that came out in the summer. You must all go and listen to it immediately. It’s on Bandcamp, streaming, etc.

Well touring is definitely off the cards so it’s all about working on new material. I started on that before the EP was released and I’ve got about five tracks demoed so far. I’m aiming to get a full length album out maybe next year.

I’m pretty far down the pecking order so I think I’d definitely be opening for everyone. That said, I’d love to be on a bill with Igorrr and Intronaut. That would be awesome.

wpDiscuz
2
0
Would love your thoughts, please comment.x
()
x
| Reply
The EU says I have to tell you we use cookies. So. like every site on the entire internet Read more.