The more things change, the more they stay the same. As IDLES invested as much of themselves and time available to them over the years, eventually, the dam broke and they saw success after success. Overnight success, they are not. Third album, Ultra Mono, has the five-piece take aim at the same issues as Brutalism and Joy As An Act of Resistance. Only this time it’s angrier, more focused, more concise with a hint of bitterness at the fact that nothing has changed. 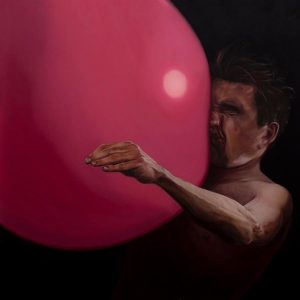 Charging straight out of the gate with the scuzzy “War”, much in the same way Black Sabbath used “War Pigs” to lead the charge on Paranoid fifty years previously but in less than half the time while also lacking Ozzy’s drawl and far more direct than Sabbath ever were. Never ones to embrace subtlety, IDLES follow the path many have tread – damning those who give the orders whilst being safe and sound. Only here, they add an open “fuck you” to them and simultaneously challenging gender norms.

Essentially, it’s a strong foundation on which the entire album is built upon – and the band themselves. The entire album is relentless as they share their anger at racists and Brexit in the rapid-fire of “Model Village”, with its signature IDLES tongue-in-cheek humour, it borders on parody of themselves. But that’s kind of the point. Class wars and entitlement are examined in “Carcinogenic” and the fuzzy “Reigns”, complete with an anthemic feel for the latter (and like every one of the album’s dozen tracks, perfect for the mosh pit). The saccharine throwaway culture of the 21st century in “Mr. Motivator”, full of empty sloganeering, sneers with vicious irony. They also look at the effect these issues can have on the person in “Anxiety”. Because whose mental health wouldn’t suffer under all of that?

However, it’s not all doom-mongering as tracks like “Ne Touche Pas Moi” (“Don’t Touch Me” for those who are too lazy to chuck it into Google Translate), they give confidence to tell those who get too close for comfort to fuck off. Meanwhile, the marching stomp of “Kill Them With Kindness” and 90s-tinged “The Lover” are filled with uplifting empowerment of turning the other cheek and a reminder to not sink to the level of those who try to pull you down, embrace the love and good in life.

While they do their best to continue their mission of spreading positivity whilst simultaneously taking aim at the blatant callousness of those misusing power, it’s clear IDLES aren’t about to change their lyrical topics. Where they do show development is in the music itself – it’s more frantic, underlining the seriousness of their lyrics. Elsewhere, they’ve drafted in Kenny Beats to add extra light and shade between the gnarly riffs. Deftly mixed in and combined with a slicker, more polished production, it comes together perfectly to ensure they’ve not spat out a carbon copy of past releases. Instead, it treads that fine line of adding something new but not to the point where it becomes overbearing or their older work is suddenly lacking without it.

Fuelled by driving duelling riffs and galloping basslines which go toe to toe with rampant drumming, it has all the hallmarks of a punk album, even if the band are quick to remind everyone they don’t identify as such. But it still has that “fuck you” and standing up for the disenfranchised mentality to it. Add in the afore-mentioned Kenny Beats and more polished production, sonically, Ultra Mono is a punk album but it’s also so much more than that.

If you were on the fence about IDLES or didn’t like them in the first place, it’s unlikely that Ultra Mono will change that opinion. Instead of holding the mirror and encouraging you to look, this straps you into a chair and forces you. As passionate as they’ve ever been, IDLES’ anger has only increased to the point of unbridled fury. This is their loudest rallying cry yet.