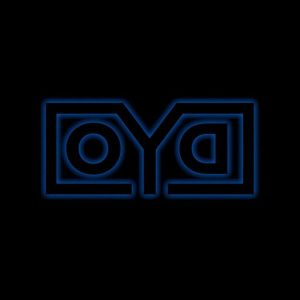 We are from Greece. Specifically, we live in a small town in southern Greece called Kalamata.

In a small town like the one we live, people often know each other. The way we met doesn’t have to do with anything special beside all of us living in the same town.

We’ve been around since 2012. Two years later we recorded our debut album Deep Breath and after 4 years, our second album Indigo.

It has to do with some kind of things that did not make it on time. To be specific, these things happened with one-year delay and that’s it, we get to keep the name O.Y.D. (One Year Delay)

It would take literally hours for us to write down every single band but for the record: Slipknot, Tool, Architects and Faith No More are a few bands we’ve been influenced by.

It’s kind of hard, you know. Even we can’t specify the genre but for sure we can say that we can combine many genres in our songs in an interesting way. And that what makes us unique (beside the fact that the difference between the oldest and the youngest member is 20 years)

Yes and no. There are songs that have a specific lyrical theme and other songs that don’t have to do with something specified.

It’s full of energy, trust us. We enjoy every single second of our shows and the audience can clearly see it. We’ve played a lot shows but the most important one was the one where we were supporting Comeback Kid at Principal Club in Thessaloniki.

We we’re playing at a festival in Crete. Due to some technical difficulties we got on stage at 1 AM. We thought that it’s gonna be lame cause it was way too late. But no, the audience was so wild that made the show so special.

We do not endorse any companies yet but we play with ESP and Musicman guitars and basses, Orange and Ampeg cabs, Pearl and Tama drum kit and Zildjian Cymbals. We also use Shure microphones and in ears.

We are still promoting our second album Indigo.

First things first, we hope that the whole Corona virus thing ends as soon as possible. We got a show in August at Romania and we got a special show after that. More information to be announced.

That’s a hard one. We would love to tour with bands that we’ve been influenced by (Slipknot, Tool, Meshuggah). It’s inconvenient for us to choose a band to open for us, so we’re gonna go with “the band that wants to”.