Metal is a curious beast. So often is it filled with flamboyant and over the top styles of play which can take away somewhat from the true feeling of a song. However, what happens if you are to strip away the niceties, cast off the showmanship, and leave only the raw, undiluted core? Scream Serenity is what happens; a barrage of uncompromisingly catchy riffs and fierce vocals which will blow you away from the word go. They also happen to be our Band of the Day. 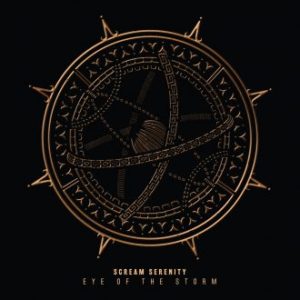 Scream Serenity, a quartet based in Suffolk, formed in 2014 and, after years of gigging, are on the cusp of releasing their debut album: Eye of the Storm. As of yet, the group have only teased listeners with what can be expected from the upcoming album with a music video for “Good Business”, released earlier this month. Not for the faint of heart, the track itself wastes no time in throwing itself into frenzy of hard, crunchy-sounding guitar riffs which will chew up and spit out those not strong enough to withstand this animalistic style of hard rock.

“Good Business” is not a frilly song, nor is it one interested in showing off. It starts, it says what it has to, and it does not care if you like what it has to say. The bare-faced boldness of this track is astounding, and is proof that more is not always better; a slap in the face of contemporary music culture which infatuates itself with stylistic overkill. You don’t need dozens of edits and producers to make a good song; you just need a band passionate about making music which people will enjoy. That’s certainly what Scream Serenity are, and off the back of “Good Business” alone, Eye of the Storm will no doubt be a fantastic debut album.

Eye of the Storm will be released on December 1st and is available to pre-order here.