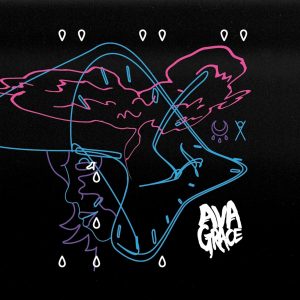 Four of us are from Medway area of Kent and Ashlee is from Milton Keynes so generally we’ll say South East of England.

Craig and Ben have been friends since school and knew Will through mutual friends, Chris was a known face on the local music scene and Ashlee was recommended to us by a good friend.

The initial 3 of Chris , Craig and Ben have been a band since 2011 and there’s been a lot of history along the way to get to this point.

Real life situations and musically so many bands of so many genres would be impossible to pinpoint any singular influences especially as they’ll usually just be taken as comparisons as we’ve found in the past.

A perfect mix of melodic and heavy, powerful and energetic rock music with hard hitting emotional lyrical content and great harmonies. We pride ourselves on keeping that raw, original rock sound which is far and few between these days. We are often told we have a sound of our own but we’ll let you be the judge of that.

The songs are basically snapshots of our lives in that moment, the things we were all going through at the time whether it be relationships issues, addiction, depression and anxiety as-well as having moments of clarity and overcoming those obstacles.

We’d like to think our live shows are loud and energetic! and honestly since the formation of the band too many shows to count, We have been lucky to have had some great support slots over the years playing with the likes of Lower Than Atlantis, Black Peaks, Mallory Knox, Dream State,  Dance Gavin Dance, Closure in Moscow, Broadway and many more.

We’ve enjoyed playing some great festivals like Camden Rocks and had a headline run up and down the UK as well as loads of shows in the south region. One of our greatest memories is headlining Camden Barfly (Camden Assembley) for our EP launch show and walking out to a packed house of fired up people, nothing beats that feeling.

Ashlee once fractured his finger mid set and carried on playing till the end, call it wild, brave or stupidity but it’s always the adrenaline that carries us through, luckily no long lasting damage! Regarding shows things seem to be pretty tame these days maybe 10 years ago would have been a different story.

We have a variety of different brand guitars so collectively too many to list, we are lucky enough to be endorsed by Blackstar amplification so shout-out to those guys.

We are currently promoting the release of our lead single “The Witching Hours” taken from our upcoming debut album. You can watch the video via our YouTube or Facebook page and the songs available to stream on all the usual platforms,

The rest of the year sees the release of our first full length (30th August), we plan to play as many shows as we can hopefully tours on the horizon and we are keen to start writing again, within this industry who knows what the future will bring.

We’d love to support a band like Underoath or Saosin, big heroes of ours! There’s a band from Surrey called Versa that have come to our attention recently, would be cool to share a stage with them which I’m sure will happen in the near future.