Time for another Band of the Day at The Moshville Times: 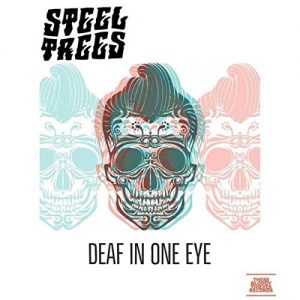 In a knocking shop.

8 fucking years on and off.

Dog was working for the local council scraping dog shit off footpaths and one day on his usual round of dog shit clearing there was a sign saying ‘steel trees for sale’.

No one does what we do.

Drunk fuck loads of wine and on the last note of the closing song, Tom projectile vomited all over the stage. The main act was called Warrior Soul, they forced us to wipe it up or they wouldn’t play.

Tour with tour brothers Pete Siby & The Beat Alls. Single “Deaf In One Eye” out on Dec 7th through These Bloody Thieves Records / Cargo.

Tour then get pissed at Christmas.

Unicorn Hunters to open and we would be supporting Backstreet Boys and playing kiss cats with them backstage.