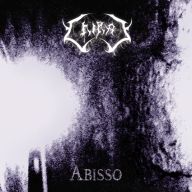 Italian progressive black metal band Chiral released their debut EP on June 21st as a digital download. Plans are to release it on CD through Black Plague Records shortly.

The EP is only €2, so if you like your black metal tinged with a bit of an experimental flavour then it could be worth the gamble.

For your money you get four tracks, by this one-man band. Guitars are a mix of clean electric lead, distorted rhythm and acoustic in some of the breaks. Overall, it’s well produced which must be a challenge when you’re the only recording artist.

Drums are functional rather than impressive, but it works. For a change you have them keeping the beat rather than just being hammered as fast as possible because… that’s what you do in black metal.

Definitely worth a listen. If you like it then I urge you to buy a copy – “Chiral” paid all the recording himself!