Ooh. I never thought I’d get to start an article with this, but here we go: THIS… IS… SPARTA!!!! 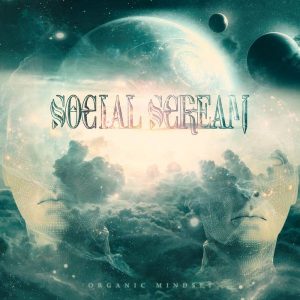 Hello guys! Thanks for the interview! We are from Sparta, Greece.

The band started back in 2008 when Vlasis and Chris (our original singer) met at fire rescuers’ school and decided to form a band and share their passion for metal music. I (Alexandros) joined the band around 2018 when, after a couple of years, Vlasis and I had known each other, he asked me to join the band. Since 2018 we play as a 4-piece band.

Around 12 years. First as a live-cover band and after 2014 by started to release our own music.

Back in 2008 before the first live show the band members voted between 5 proposed names and “Social Scream” prevailed. I think this name has a more “realistic” approach in today’s world and a punk/thrash vibe that differs to the names of most heavy metal bands.

Basically the metal scenes of 80s and 90s. Of course we listen tons of other stuff over the years that in a way may influence Social Scream’s sound.

Our music is high energy heavy/thrash metal that respects the old school approach but also welcomes the fresh sound and heaviness that started to developed after the 90s. We try to offer interesting compositions, avoiding sounding generic and typical.

Mainly we write about life itself and the journey of humanity through the years and in the modern world. Our focus is to bring light to unknown aspects of life and nature and show the connection to our mentality and actions.

Nowadays we have a more thrashy approach to our live shows since we don’t use keyboards and backing vocals as we did until 2016. We try to bring on stage a good sounding performance with energetic stage appearance. We are not a full touring band. We usually playing 10-12 club shows per year inside Greece and we are looking for any chance to appear at European summer festivals.

I have seen a lot of wild shit at Athenian concerts. Especially in some old concerts at small clubs like An Club and Underworld. The most extreme thing I remember from a Social Scream concerts is at my very first show with the band. When we didn’t have any song left to play and the crowd asked for more, so Vlasis and our drummer started to jamming a Slayer song (I don’t remember which one) and the others followed – it was a total disaster, but at least we had a good time!

I love the Ibanez SR series basses, nowadays I’m trying to start playing fingerstyle so I used a P-Bass from Squier for home practice. For amps I love Hartke. Vlasis usually plays flying Vs (Epiphone, Gibsons) and Randall amps and Nick playing with Gibson Les Paul and Marshalls.

Our new record Organic Mindset has been out a couple of month now from Heart Of Steel Records. You can listen it to all digital platforms (Spotify, iTunes,YouTube etc.) and order your copy via our Bandcamp and Facebook pages.

We hope this madness with coronavirus ends and we can start playing live again. Besides that we want to finish with our next release which will be a combination of re-recorded tracks from our first two albums and we hope to release it next year.

Interesting question! I think it would be a dream come true if someday we open for one of the gigantic metal bands like Iron Maiden, Black Sabbath, Judas Priest, Manowar, Metallica, Megadeth, etc. Also it would be great if someday we play again with our friends Wild Souls! They’re a great hard rock band from Kavala, Greece !