After Smoke Clears released a belter of a new video yesterday (you can see it down below), and took the time to answer a few of our questions as well, in view of what they’re up to since the lockdown took hold (we originally featured them in February last year). Enjoy… 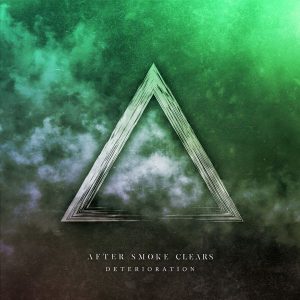 We’re a mixed, international band, Alessandro and Dave are from Italy, Aaron from Australia and Nick from far away Leicester.

We met using Gumtree, luckily we didn’t have to sift through too many weirdos.

We’ve been playing together for a few years now, our first show was in March 2018 at the Troubadour in Earls Court, with a bunch of other great bands, who we’re still good friends with today.

We actually changed our band name after we started, the original name was too hard to pronounce and just got too confusing. So we went though a real period of asking ourselves who we were and what we stood for. After Smoke Clears is a subtle nod to the calm after a fire, about the necessity of struggle to create true change.

We enjoy a number of musical influences, for different reasons, from Opeth and Tool for their intricate, complex compositions, to Parkway Drive and Lamb of God for their brutality and rawness. We could go on forever.

Our music is unfiltered, primal and invigorating. We combine lots of groove, hard hitting bass and relentlessly harsh vocals that as an absolute minimum will get the listener motivated to move.

The message behind our upcoming album Edification is focussed around self improvement and spiritual growth. It branches into themes such as the collective consciousness, metaphysics and psychedelic medicine.

We’ve played around 30 or so shows, obviously like the rest of our peers, in 2020 we had many more shows planned that have now been postponed until later in the year or even next year. Our live shows are carefully constructed, energetic and with bass that melt your face. Nick will without a doubt be shirtless.

The wildest show we’ve ever played was on the beach in a small town in Italy, literally on the beach. People were either running away or getting into the groove.

In terms of gear, we run Chapman Guitars and Warwick bass through EVH and Darkglass amplification with a variety of pedals. Dave bangs Tama Drums with an assortment of Meinl cymbals and Trick Pedals. Nick blasts through Shure wireless microphones.

Right now we’re plugging the release of the second single for 2020, “Deterioration”, released on 8 May 2020 (everywhere digitally).

“Deterioration” is a story of personal suffering and family tragedy. The raw emotional rage from the lyrics expose a story previously kept deep within. “Deterioration” is a reminder to the listener that life is short lived, precious, and not be taken for granted.

We have several more single releases this year, with “Deterioration” on 8 May. We’re making the most out of the isolation period by focussing fully on building up our online presence and expanding our audience to as many people as we can. Gigs are unfortunately off the table for the foreseeable future, but it will be worth the wait.

We’d love to support a band like Bleed from Within, Jinjer or Slipknot if was at all possible just for the sheer adrenaline of it! Our opening band would have to be our good friends in Tether, they’re hard working and super supportive of the grassroots scene.