After giving his latest album a chance to settle, we re-visited Martin Bisi to see what’s next on the horizon… 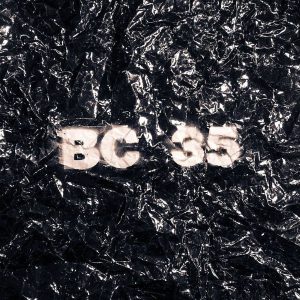 How did the band come together?

MB: It’s an extended network, based on geography, time constraints. Versions of the band sometimes overlap.

GF: Typically the band is a rotating cast of characters and charlatans.

MB: The layering of sounds via guitar and vocal effects, very creative drumming. It’s supposed to be emotionally cathartic, and I like things being somewhat disorienting- Segueing between obvious songs and weird sonic landscapes.

MB: The newest material is pretty political, referencing a victim of police violence, and opposing patriarchy. Some of the older material references the dawn of humans, language and religion. So, one way or the other, kinda heavier stuff.

MB: Countless shows at this point, 100’s. Our shows are mostly loud, and one might say noisy. We don’t stop, it’s a contiguous set. And there’s many points where we don’t know exactly where we’re going. So that comes across, you know to expect surprises.

MB: Laying flat on my back in middle of the audience in this very reverberant mausoleum in Oslo, and screaming to the high vaulted ceilings – I was on the verge of fainting.

GF: That set in Oslo matched a series we host at BC Studio in Brooklyn, called The Lunary, around the full moon of every month. We played at the Emanuel Vigeland Mausoleum on the full moon- looking forward to releasing the whole set as an album.

MB: I use an Epiphone SG, with as clean an amp as possible and do distortions with pedals. I have a Lexicon rack mount delay from the 80’s that I can put guitar and voice through simultaneously so things can get pretty wild!

GF: Electric Viola, microKORG. I had previously been using 3-5 loopstations, but recently upgraded to a 5-in-1 pedal for less cables, more effects.

MB: Would love to support Wolf Eyes, with Pop1280 opening.

From another BotD, Vanity: If you could go back in time and tell your younger self one thing, what would it be?

MB: Not to drop names (too much), but accept Madonna’s invite to go to a party in Manhattan, ca.1984

GF: I once drove 26 hours to see a Big Star / Posies mashup for Memphis In May, and was invited to dance on stage with Little Richard. I can’t believe I turned that down. It must’ve been the exhaustion.

And from Charly&Faust: What’s your underwear colour?