The band of the day is here to introduce you to bands you have may never have heard of, bands starting out and those bands that we feel there is already a buzz around. Occasionally you come across a band like Finland’s Owler who already have the whole finished package and just need to be introduced to the wider world.

Only two EPs into their career it is already obvious that Owler are creating something very special. Last year’s Soil EP is one of the best EPs I have heard in the last twelve months. What makes them so special (and Jarno goes more into this in the following interview) are the soundscapes and stories that they can create from the music alone. It is huge, epic, making you at times want to cry. This is post rock / metal splendidness with great vocals over the top. The band they most remind me of is Thranenkind.

I am truly amazed at the overall presentation, songs, and musical ability demonstrated on their two EPs so far and hope that this is only the start of something bigger for these guys. They deserve it. We caught up with Jarno Luukkonen to learn a little bit more about them. 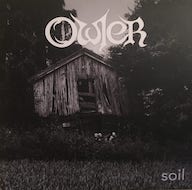 We are from Oulu, Northern Finland.

Since we all have our long history in the band scene here in Oulu, we know each other from earlier bands we have played together in.

Owler is now a bit over three years old, but like I said… We have been partially playing together in other groups like ZeroCrowd, Valentfoe and Serenity’s End.

In fact I have always loved the Twin Peaks series and the line “The owls are not what they seem” stuck to my head. It was a bit too long for a band name, but Owler is an offspring of that idea.

What are your influences – individually or as a band?

Our influences consist of a wide variety of music, but in Owler I have always tried to find the right sound for painting like images in my head. How to sound like the last glimpse of sun before the ocean at summer night? Some have noticed some post metal and rock influences in our music and I cannot argue with that.

In our music you will find sometimes melancholic, sometimes uplifting melodies, some progressive influences and dynamics, delivered both in growling and clean style of singing. Almost always an Owler song consists of just a couple of main ideas that build up and evolve within the song’s timespan.

Our lyrics try not to necessarily tell stories, but to fill the gaps in the music to bring the soundscape alive. Often the lyrical themes describe a view or a feeling that fits the current music theme.

In fact we have not played live yet. We have concentrated in making songs that we can be proud of and the next step is to hit the stages as the back catalogue is becoming powerful.

I’ve seen a lot of wild things at live shows, but not yet on ours :)

Juha S. uses a PRS guitar through an Egnater amp.

What are your plans for the next 12 months?

The plans for the next year will consist of doing some gigs at last and writing the next Owler EP. Or album, who knows?

If you could be part of any 3-band line-up (as support or headlining) who else would you have on the bill?

Maybe the other two would be Katatonia and Russian Circles for example? Or Spinal Tap and Eläkeläiset.

What gigs have you got coming up?