I said this last year but it seems like only yesterday I put this together for last year. It’s something I always look forward to – the chance to draw the line under the year and look forward to the next. For me, I didn’t review quite as many albums as last year for a few reasons but I still made sure I was catching as many bands live as I could. In other news, right at the top of the year, after being his number two (snigger) for a couple of years, Mosh finally made an honest man of me and asked me to become the Deputy Editor in Chief of this mighty website. Elsewhere, I put on a couple of gigs and promoters earned even more respect. But all in all, it’s been a strange year but that’s for later on. Let’s get on with it! 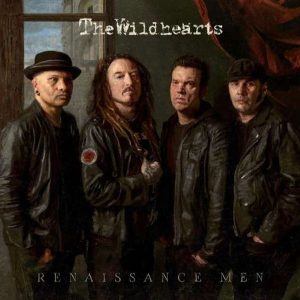 Album of the Year:

With several bullets next to it, it has to be The Wildhearts’ Renaissance Men. If you say anything else, you’re either wrong or a liar (I don’t make the rules, sorry). As potent as Earth Vs The Wildhearts, full of big, bouncy numbers which looked at the problems we sadly face with mental health and taking politicians to task – they may be a bit older but The Wildhearts are as vital as ever. Quite frankly this topped everything else which was already out this year and every album released since got slapped with the phrase “It’s good, but it’s not quite Renaissance Men”. There’s just something about it. Something so wonderful that you simply can’t describe.

This has always been a Glasgow band. 2015 gave us Mason Hill, 2016 had Anchor Lane, 2017 was Black King Cobra and 2018 was Darkness Divine. But this year, it would appear the trend has been bucked. I discovered a whole host of new bands this year again, many of which were at Bloodstock. On the non-Bloodstock side, it has to go to Haggard Cat – the first truly good support act The Virginmarys had in, quite literally, years. Right in the middle of December, for four nights, they combined blues, punk and sheer noise to produce a visceral set which was the perfect opener. A special mention has to go to Blue Nation who opened for The Virginmarys in Birmingham in February. They blew main tour support, Florence Black, clean off the stage (mind you, a one of those little fans you plug into your phone’s charge port to cool you down could do that) and frankly should have been on the entire tour instead of them.

Honestly, I’m not sure. There’s been a lot of great things to happen in 2019, especially on a personal level. Probably the fact we endure and continue to grow, getting thanked by bands on an almost daily basis is something we never take for granted. For me, interviewing Toby Jepson was a real highlight. Especially as I know him first and foremost as the man who produced The Virginmarys’ King of Conflict and we got to talk about a whole lot of different things in his present career – being in a band, continuing to produce albums and his music management consultancy agency, Lightning in a Bottle.

That Volbeat album. What an absolute travesty. Also, seeing Stone Temple Pilots. Scott Weiland’s legacy is forever tarnished thanks to Wannabe Scott (or to call him by his real name, Jeff Gutt). Again, there’s a lot of bad things to happen this year. While we knew the day was coming, Slayer taking their final bow has to be up there. Because it made it real.

Overall View of the Year:

Since 2014, the years for rock and metal have gotten better and better. While 2019 was another great year for the genres, it wasn’t quite the lofty heights of 2018 but it wasn’t a failure by any stretch. Once again, there was a whole load of great albums by big names like Alter Bridge, Slipknot and Beth Hart and none of them were bad but it says a lot about where we are that so many smaller names are making great music too. They don’t have to be monumentally massive and on the live side of things, give me a small, sweaty club over a soulless arena any day. And give me the bands too because I could put money on them delivering far better performances.

That said, some of my favourite live acts do fill these bigger rooms and because I love their music, I’ll still go. But the fact it’s the smaller, newer bands that continuously excite me more is something to hold onto. I’ll continue to listen to the new bands and when they graduate to the bigger rooms, that’s fine, I’ll be pleased for them but you’ll still find me checking out the next new band. As for the decade itself, the 10s for rock and metal have been great. It’s been a period of growth and rebirth, pulling itself out of the doldrums and we’ve had so many great bands and albums in this decade that I think we’re going to look back and view it as one of the best decades musically.