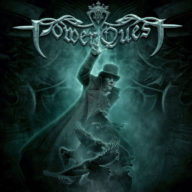 First new album in five years alert! Coming back from a hiatus announced in 2013, the UK’s Power Quest are about to release Face The Raven. It’s only a 3-track EP release, but it’s still good to hear something new from this crew and bodes well for a future, lengthier release (we hope!).

The album art can be seen to the side and the tracklist is as follows. You can listen to the title track by scrolling down.

The EP will be available for sale at the band’s Derby (The Hairy Dog, Sept 9th) and London (Camden Underworld, Sept 10th) shows. They have also recently announced a performance at the upcoming Hammerfest 2017.