Dear reader, before we settle in for the next five minutes of your life please be aware that due to the infuriating nature of the band name (Hypochristmutreefuzz) and album title (Hypopotomonstrosesquipedaiophobia) I will be referring to the former as “Hypochris” and the latter as “Hypopot” during this short period of my life. Frankly, I haven’t got all day, or the wordcount. 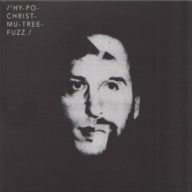 So, where to start? Hypochris have been at the forefront of the Belgian noise rock underground from which they were spawned for a handful of years, and have a series of EPs and singles in their wake. Now along comes Hypopot, their first long player and clearly something of a landmark release for their scene.

Hypopot is one of those albums that comes along from time to time where you just cannot fathom how music like this is even written. Sure, you can hear the influences, but the trick is in the way they melt them all down and mix them up like cake batter, managing to get ten consistent portions out of the bowl.

Let’s start with the ingredients: A big dollop of Mr Bungle, a handful of random modern day hip hop, a chunk of Beck wit, a sprinkling of Prince, and a firmly cheek implanted tongue. They then  stir in a couple of hefty synthesizers, a dash of funk, and a liberal amount of humour to taste.

You can’t help but admire what they’ve managed to achieve, but on the other hand you will have no idea how you feel about it. I mean it’s a pleasant experience, don’t get me wrong. “Finger” is probably the most blatant song to represent their noise-rock tag, beginning with reverb drenched guitar squalls and nice chunky bass stabs.

Then the weird starts.

An off kilter keyboard motif enters the fray and you’re off. The vocals are heavily reminiscent of a young Mike Patton, but far less irritating (I’m a Patton fan but come on, he spoiled most of The Real Thing), and the overall sound is nice and fat. “Hypocondria” ups the stakes with some clever slowed down vocal effects, and “Chromakalin” adds some nice twangy guitar into the equation before the discordant noise returns. Definite album highlight right there.

Although unusual, there’s not one song here that wouldn’t sound out of place on radio. Everything sounds so fresh. “Elephantiasis” sounds like it could be a club hit with its deep bass and catchy refrain. “Clammy Hands” is Prince meets Bloodhound Gang, who doesn’t want to hear that? Then right at the death you get “Spitter” which is essentially Jon Spencer colliding with Tom Tom Club.

I firmly believe Hypochris would be a BRILLIANT festival band (I’m picturing mad dance routines with lots of dayglo and random folk on stage in animal costumes), but as a sit at home listening experience, they may wear a bit thin after a while. However, kudos for coming up with something that has left me utterly puzzled. Hypopot is either the best album you’ll hear this year or confusing nonsense. I suspect a little of both.

Hypopotomonstrosesquipedaiophobia is out on the 11th of August.