In amongst all the hard rock and metal I listen to, occasionally, it’s great to drop things down a level or two with some blues or Southern rock. Paul Johnson and the About Last Nights bring a power pop flavour to the Southern rock scene alongside ensuring there’s a bit of heaviness with their debut EP Give Up the Ghost. 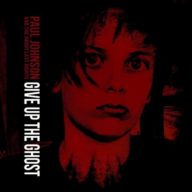 Opening track “Underachiever” opens with an AC/DC-inspired riff which fades into the background but remains present throughout the song. From the get-go, this is a very different take on Southern rock. The titular Paul Johnson has the traditional Southern drawl; that much is obvious from his vocals. Lyrically and even in the song compositions, you can see a lot of rock’s traditional blue-collar icons like Bruce Springsteen and Tom Petty.

The songs are generally upbeat with pop hooks and catchy choruses, “Burn it Down” even ventures into hard-edged arena rock with its massive chorus. Meanwhile, “American Dream (Adrenaline)” harks back to classics like “Radar Love” or “Runnin’ Down a Dream”; enough Southern sounds married against hard rock.

Included as a “digital only” bonus track is closing number “Missing You”. Instantly, you’re hit with a jarring sound. Yes, it’s the same band you’ve been listening to but the production, or lack thereof, is off-putting. Obviously it’s a song which hasn’t passed the demo stage but after the four preceding tracks, the EP has the chance to end with the band of “Hollywood” rather than the whimper which is “Missing You”.

Give Up the Ghost is a great introduction to Paul Johnson and the About Last Nights. Johnson is backed by a great band who know what they’re doing and work well together. It may sound like a watered-down version of Southern rock but the bounciness of the power pop angles and the hard rock vibes can keep your attention without trying.

Give Up the Ghost is out now