I’ve been listening to pop punk since I was around the age of fourteen. Besides The Story So Far and generic well-known bands, I can’t get enough of WSTR, Neck Deep and the likes, so naturally, I was keen to hop on board and check the independent London-based four-piece out – the UK pop punk scene is seriously underappreciated!

The Bottom Line have not long dropped their single “When I Come Around” in preparation for the release of their upcoming EP, I Still Hate You which is available to pre-order now on iTunes. It will officially be released on the 12th of January – hurray! 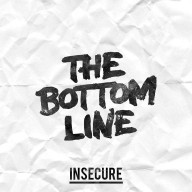 founded in 2011 by their drummer Matt, bassist Max and two guitarists, Callum and Tom. Over the course of the six-year period, they have released an EP, two LP’s and have found themselves on stage supporting Bowling for Soup, Don Broco, Simple Plan, Mallory Knox and several other big name bands at their sold-out shows.

The song title “When I Come Around” instantaneously made me think of Green Day – surprise, surprise. Not to mention, it fits the ‘I hate this town’ sad vibe perfectly. Their sound wasn’t quite what I was expecting at first based on their musical influences but nevertheless, I was pleasantly surprised and found myself mindlessly singing along whilst having them on repeat for a good hour or two – it’s becoming clear to me now.

Their other two teaser tracks are “Pull Me Out”, which has already found its way onto the Team Rock playlist (or had before recent events), and “Insecure” follow a lively, melancholic and somewhat coherent sound whereas “When I Come Around” is slow, raw and radiates a strong essence of reconstructed old school nostalgia from the 2000s. That’s a win/win in my books!

TBL are set to begin their headline tour tonight in The Garage, Glasgow, a show which I spontaneously decided to attend mid-review – that says it all, really. They will also be performing in Nottingham, Manchester, London (the date of their EP launch), Bristol and Southampton until the 15th of January so be sure to grab tickets if you can.

The Bottom Line’s single “When I Come Around” is out now, their EP I Still Hate You is out on the 12th of January, 2017 and their UK tour kicks off this month.