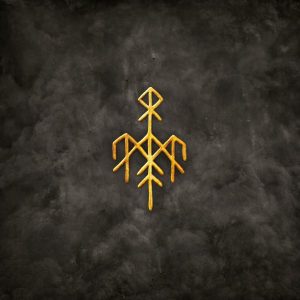 I had the pleasure of seeing Wardruna live back in March at the last night of London by Norse. Since then, I’ve been keeping an eye on them as they produce some of the most mesmerising and interesting music I’ve ever heard.

I’m no stranger to this kind of music though. Some of the first non-metal music I listened to was traditional Norse music, so it’s somewhat familiar turf to me. For those unaware of what it entails, it is basically music played on the instruments of old such as the Kraviklyra and tagelharpe.

Opening the album in a rather dark yet subdued manner is “Tyr”. Whilst the opening section is all very calm, the sound of the horns at 1:01 changes the manner into what I see as a clan moving forward for the attack. With the drums providing most the drive, the track keeps at a similar pace throughout the entire track with the word “Tyr” being repeated throughout along with a fanfare of the bronze lurs.

The longest track on the album “UruR” opens with what I can only describe as the growls of some kind of large animal. The lurs returns to signal the drums to start and they come in with a slow but driving rhythm. The horns appear every now and again as a means to signal changes in timbre, each time they do, either adding or removing sounds as they come and go.

“Isa” starts in a much darker manner than the previous tracks. Wooden hits, rumbling sounds and haunting vocals dominate the spectrum and create a rather dark soundscape. At 2:14 however, the track changes entirely with the wooden hits from before forming part of the rhythm alongside the drums. Vocal melodies appear at 2:48 and lighten the soundscape a bit before the whole track drops away into nothingness.

“MannaR – Drivande” and “Mannar – Liv” continue on in a similar form to the previous tracks, with traditional horn style instruments making up the majority of the soundscape in the former and vocal harmonies making the majority in the latter. Despite them having the same prefix, the songs are starkly different form one another with “Drivande” having a much darker tone than “Liv”.

The first single form the album, “Raido” plays and I’m instantly reminded of the concert back in March when I first heard the music. With it’s split vocals between Einar and Lindy and the pan-flute (I think) melodies, the track creates a suspenseful yet intriguing atmosphere. “Pertho”, the shortest track on the album, opens with a single vocal and a drum pattern before adding in a choir of backing vocals. It’s a stark contrast from the previous track that gradually built up, yet it’s still got the eerie atmosphere behind it.

“Odal” opens calmly before the drums come in and provide the most intense rhythm so far. The spoken words of children echo alongside the other instruments to keep the dark environment explored in the previous track. At the 1:48 mark, a kind of chorus comes in with multiple voices contributing to create a beautiful multi-layered harmony. “Wunjo” follows a same sort of vibe, however it takes more time to introduce its different elements. At points during this track, I can imagine a kind of mystic man riding through the lands on horseback. Whether that’s reminiscent of the original rune, I can’t say, as my Norse isn’t very good!

The final track of the album, “Runaljod” opens with a drum pattern similar in style to “Isa” before the bronze lurs and additional instruments come in. Whilst it is very similar in style instrument wise to “Isa”, the entire makeup of the track is very different. With more spoken word parts and contrasting vocal harmonies, it makes for a fitting end to this beautiful album.

I was slightly apprehensive before reviewing this album, as I’ve not listened to as much of this style of music as I have other styles. However, after listening to this album, I’m definitely going to be checking out more of Einar’s work. It’s simply mesmerising. I heartily look forward to seeing and hearing more from this project in the future.

Runaljod – Ragnarok is released on the 21st of October by By Norse Music. You can order the new album in various formats here: CD, Vinyl, Wooden Box,Clothing and other bundles.