Edinburgh’s Corn Exchange, hosting the annual Heavy Scotland festival, is going to go off from the 31st 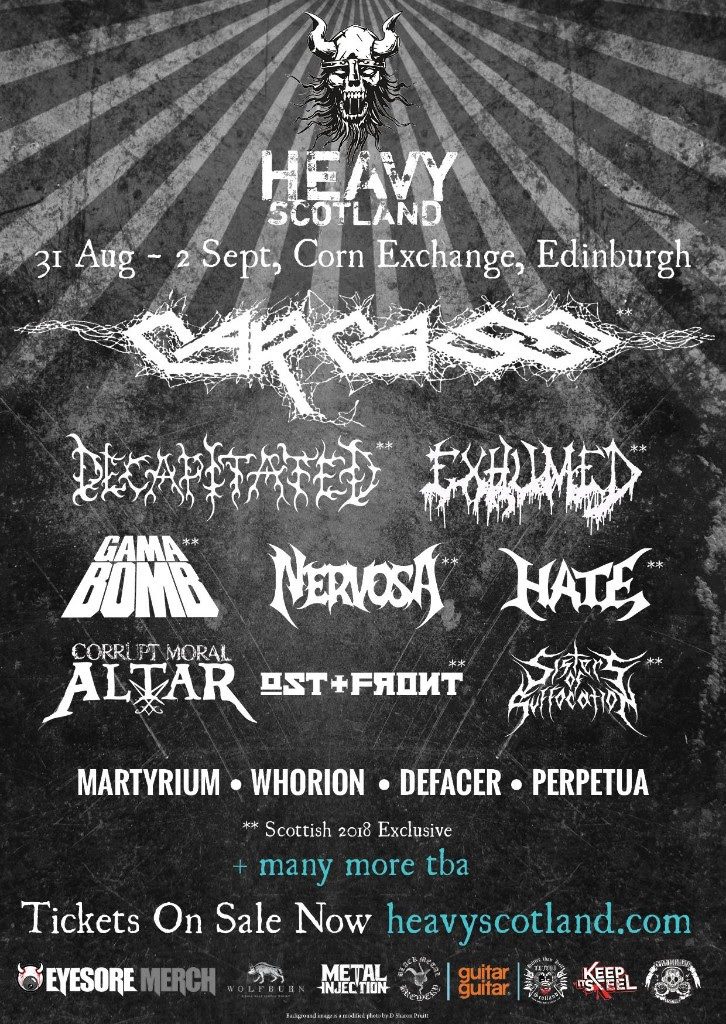 of August to the 2nd of September. Already boasting a strong lineup for the 2018 incarnation of the event with Carcass, Nervosa, Hate, Sisters Of Suffocation and others on the lineup, four more phenomenal bands have been added and are as follows:

Watch this space for further Heavy Scotland details as and when they become available.

Tickets available from £35 via the festival’s official site.

METAL! View all posts by Max