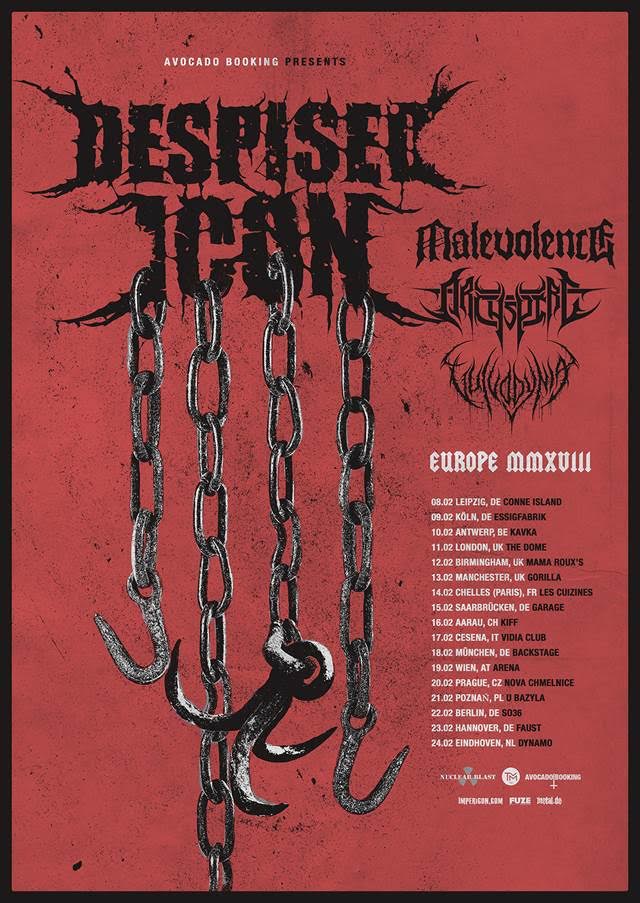 While this isn’t the extensive tour Icon fans have been waiting for, it’s still something! The band will play three shows up London, Birmingham and Manchester with their hardcore-laced deathcore next February under the banner of their newest recorded output; 2016’s Beast, these will be the first headline UK shows since the release of the record and the live debut of the new material for British fans.

Appearing on the dates below and further throughout Europe during February will be the fantastic touring collection of Malevolence, Archspire and Vulvodynia. On the shows, the band said:

It‘s been almost 2 years since we‘ve toured the UK and Europe. We’re excited to finally return on a proper headlining run with our friends in Malevolence, Archspire and Vulvodynia! See you in February!

Tickets go on sale at 10am on the 30th of October.

METAL! View all posts by Max