A bunch of tour dates from acts big and small, all worth checking out. Live music’s where it’s at people – support your favourite bands by getting off your arse and rocking out to them! 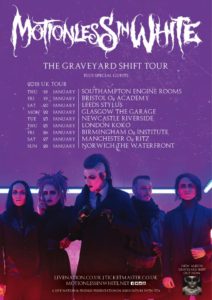 After much demand by the UK fans, we are thrilled to announce that we will finally be coming back for another headline run in January 2018. By the time this headliner starts, with the exception of Download 2017, it will have been 2 years since the last time we’ve stepped foot to actually play in the UK and I think all of our fans will agree with me in saying that that is too fucking long. It’s always a pleasure to see the fans reaching out, asking when we will be back… and after pushing to make it as soon as possible, January 2018 will finally be that time. See you soon, and thank you for always wanting to have MIW come play for you!

Dates rack up as follows:

Tickets go on general sale at 10am Friday 16th June 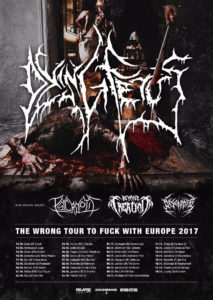 With a line-up heavier than a Sherman tank filled with concrete, this is a tour for the true death metal fan. The fearsome foursome are cutting a swathe through Europe over five weeks with a staggering number of dates including four in the UK, which are as follows. For the other Euro-dates, check the poster to the side.

You can catch Beyond Creation a little earlier in the year at TechFest, also. That show’s on July 9th at Newark Showground, Winthorpe.

Spoon play their first UK tour in 3 years this month, including a date at The Forum in London on June 30th. They will also be back for shows in Brighton, Liverpool and Cambridge in November as the unmissable Hot Thoughts world tour continues to hit all corners of the globe.

Spoon’s ninth album, Hot Thoughts, came out to a cavalcade of critical ecstasy, achieving their highest ever chart position in the UK, and became their fourth album in succession to land inside the US Top Ten. 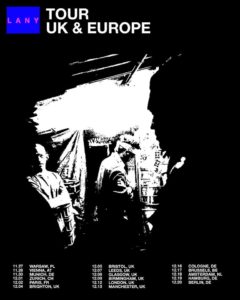 Having sold out their latest US tour LANY have just announced a run of UK and European headline dates. Their debut, self-titled album is out on June 30th and you’ve got until December to sear the songs into your brain before the band reach the UK. Tickets are on sale now.