A quick round-up of a few of the announcements we’ve had through recently. Get yourselves out there and support your favourites and maybe discover a new one amongst the support acts! 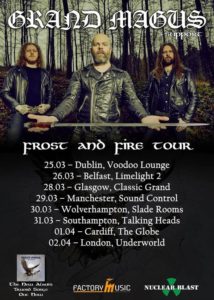 After the recent run of dates supporting Amon Amarth and Testament, Swedish riff lords Grand Magus are very pleased to announce that they will be returning to our UK and Irish shores in March and April 2017 for a run of 8 headline shows. They follow their already-announced appearance at Hammerfest 2017 in Pwllheli, North Wales.

Tickets go on sale on the 11th November at 10am. 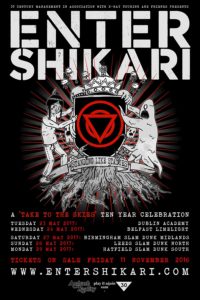 In Spring 2017, Enter Shikari will be taking time out from work on their fifth “proper” album to perform a handful of shows worldwide over the space of a couple of months or so celebrating the anniversary of Take To The Skies, with this UK / Ireland leg the first to be announced.

They will headline 2017’s Slam Dunk Festival in Birmingham, Leeds and Hatfield, as well as two intimate warm-up shows in Belfast & Dublin. The dates being in May 2017: 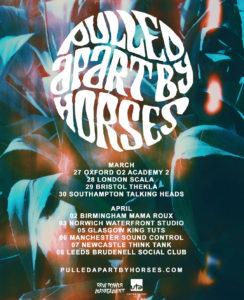 Hardest rocking Leeds quartet Pulled Apart By Horses return this month with their first new music since the release of 2014’s ‘Blood’ album. Back with a brand new track, The Big What If (recorded at McCall Sound in Sheffield with Ross Orton), a UK tour in March and April of 2017 and much more to come besides, Pulled Apart By Horses are once again ready to give those jams a massive kicking.

They’ll be warming up by opening for Twin Atlantic’s three-day residency at Glasgow Barrowlands on the 13th – 15th of December. 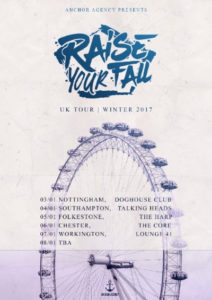 This energetic pop-punk quintet hailing from Italy knows how to catch your attention, mixing harmonic female and male vocals with dynamic and catchy riffs.

With two EPs on board, including their latest one Echoes, and a selection of notable local shows including a support for the Canadian trio Courage My Love, Raise Your Fall are getting ready to spread their music beyond their frontiers hitting the UK for the first time in January 2017.