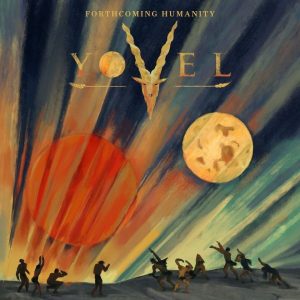 Greek black metallers, and former Band of the Day, Yovel have released the first single “Epitaph” from their upcoming, sophomore album Forthcoming Humanity.

Forthcoming Humanity will be released on October 2nd and is already available for pre-order via Yovel’s Bandcamp page.