Sad news breaking this afternoon as the death of Sacred Reich’s founding guitarist Jason Rainey has been confirmed by the band: 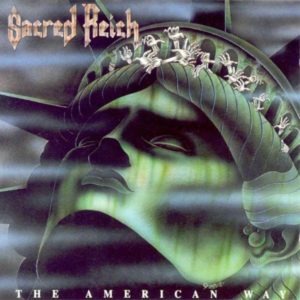 It is with deep sadness and broken hearts that we must announce that our friend, guitarist and founding member of Sacred Reich, Jason Rainey has passed away.

Jason started the band after only playing guitar for six months. With sheer determination and will, he lead us through the early years of the band. He worked tirelessly. Sacred Reich was his life.

In recent years he faced some serious medical issues. He ultimately succumbed to a heart attack on Monday, March 16. He was 53 years old.

Jason, we wish you peace and love. ❤️

Rainey featured on the band’s debut Ignorance as well as the superb American Way, as well as Independent and Heal. I, personally, am a huge fan of that second release and can still recall watching (over and over and over) the video that I recorded off the TV. As such, I’m very happy to be able to put it below for you all to enjoy as a tribute to a great guitarist and, by all accounts, a wonderful person.