In celebration of the upcoming European tour, starting out on March 24th, Persefone have decided to treat the fans with a brand-new track, honouring the immense support of said fans. 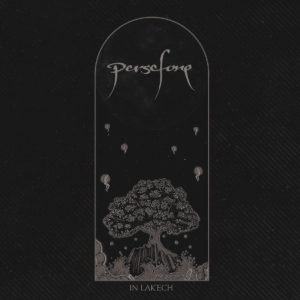 “In Lak’Ech” is a song, incorporating elements and atmospheres from the band’s entire back catalogue and should aim at satisfying any Persefone listener, no matter which previous album is your favourite.

There’s been a lot of stuff going on lately in the Persefone camp. Tours, festivals, new releases… And from time to time we like to get ourselves involved in new musical experiences, other than playing live. So after our tour in Japan we came back full of ideas and we jumped into the studio and started working on what would become “In Lak’Ech”.

The conceptual idea of the unity of the human, being the whole Universe, got us really inspired and it took us only two days to have the song ready. Then we contacted Logan Mader to make the mixing and Tim Charles from Ne Obliviscaris for him to participate in the song. As smooth as the song writing, both the mix, the violin and vocal part worked perfectly with the mood of the moment, and we are really glad to have finished this song that we will play on our upcoming tours!

Persefone’s AATHMA was in my opinion one of the best albums of 2017, so when the band approached me about collaborating on this song I jumped at the chance to be a small part of their musical journey.

Sometimes as a guest appearing on other band’s songs I need to adjust how I write or perform to ensure it fits their style, but with Persefone it seemed straight away a perfect match. One where I could just be myself and have it organically fit in as part of their sound. Creating an end result I think fans of both Persefone and Ne Obliviscaris will enjoy immensely.

Persefone is the new rising star on the European progressive melodeath scene. Having released five critically acclaimed albums of extreme technical skills and fantastic songwriting, this band has climbed from being an unknown band from Andorra to claiming headliner status in Europe. [Having seen the band twice already, I can attest that the band are amazing live. If they’re playing near you, you need to make sure you see them – Jimmy]

Persefone has previously toured the continent, as support for Obituary and Leprous, until they co-headlined alongside Loch Vostok, and after the 2017 Persefone headliner tour, it’s now about time to gain even more European ground, thus the “Aathma tour – part 2”.

“In Lak’Ech” is set for release on March 23rd, as a 12″ vinyl single, as well as through streaming, worldwide through Vicisolum Records. Upcoming tour dates for the band can be seen below: