Another quick round-up from artists big and small…

The new, instrumentally electrifying album features a power trio of legendary status; Satriani on guitar and Rock and Roll Hall of Fame inductee bassist Glenn Hughes (Deep Purple/Black Country Communion) and drummer Chad Smith (Red Hot Chili Peppers), the latter reuniting with Satriani for the first time since their work in the supergroup Chickenfoot. Satriani is once again joined by producer/engineer/mixer Mike Fraser, his frequent collaborator over the last 20 years, on What Happens Next. Fraser is well-known for recording/mixing every AC/DC album since 1990’s The Razors Edge along with his classic works with Satriani going back to the release of Crystal Planet in 1998.

In addition to this new album and exciting tour news, a new documentary “Beyond the Supernova” shot by Satriani’s filmmaker son, ZZ, makes its debut at the Mill Valley Film Festival this October. The tour documentary chronicles Joe, along with his band and crew, on their last “Shockwave Supernova” tour throughout Europe and Asia. 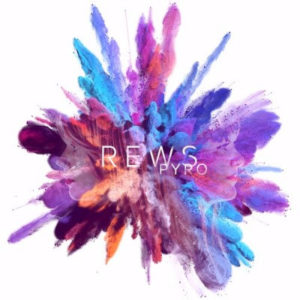 Hotly tipped London-based rock duo Rews have announced the release of their debut album Pyro, which will be out November 3rd on Marshall Records ahead of a headline UK tour.

Inspired by life events from the dramatic to the mundane, Pyro covers topics from heartbreak to shady characters and breakfast cereals. Check out “Shine” from the album below.

New Zealand based thrashers Stälker have recently announced the news of their worldwide signing with Napalm Records. Welcome back to the glory of the 80s!

This thrash metal three-piece has already announced the title and release date of their upcoming album Shadow Of The Sword. Today this beast of an album is available for pre-order.  To coincide with this occasion it is now time to unveil the stunning album artwork, which you can see to the side.

Shadow Of The Sword is set to be released on November 17th 2017.

The band also release new video “Float” which you can watch below. Now with new guitarist Dario Zatti on board, Chasm marks the beginning of a new chapter for the Italian mob.

Writing this EP was a very cathartic experience. The amount of attention to detail in every riff, in every vocal line, in every song structure, was unprecedented. We threw away lots of ideas to make room for only what every one of us thought was perfect, innovative, and mature. This was obtainable only through the strong and resonant artistic vision of the members of DSF. 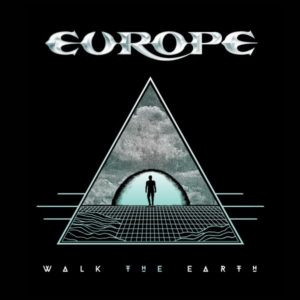 Europe are pleased to announce the release of a new studio album Walk The Earth on the 20th October 2017.

If Europe’s 2015 album War Of Kings was the album that made the rock world realise what a formidable act Europe had become then Walk The Earth is the album that is set to establish the band as one of the most exciting contemporary rock acts of current times.

The new album Walk The Earth will feature original artwork by famed Los Angeles artist Mike Sportes of Filth Mart. Joey Tempest had this to say on the appointment of Mike Sportes to do the cover:

We were in the studio a few days into recording and Dave (Cobb, Producer) comes in wearing this very cool T-Shirt with one of Mike’s designs on it. Immediately we knew we had to check Mike’s other work and have him come up with an exclusive design for us based on the vibe of the album. We are very proud to have his amazing artwork as the Walk The Earth album cover!