News is popping up that Team Rock has been purchased (which we knew) by Future Publishing (which we didn’t). This may be surprising as it was Future who sold the magazine titles to Team Rock themselves back in 2013, for £10.2 million. They’ve just bought them (and everything else Team Rock had accrued/created) for £800,000. 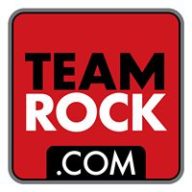 This might seem like a bargain at first, but bear in mind they’ve also taken on all of Team Rock’s debt, the scale of which isn’t – as far as we’re aware – public knowledge.

What is positive is that it’s a company with a firm background in print media which has taken the task on of, hopefully, resurrecting Metal Hammer, Classic Rock and Prog magazines. With luck, this means that at least some of the workers laid off in December might stand a chance of getting their jobs back. It is, as ever, more complicated than that but let’s keep our fingers crossed.

One thing Future need to do is listen to audience feedback. A lot of people lost confidence in Metal Hammer over recent years, stretching back to the time when it was last under their umbrella, and we – as much as anyone – want to see the magazine flourish again.