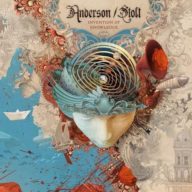 They have now released a first teaser of music from the album and an official Facebook page for the collaboration.

The full track-listing for the album is as follows:

It’s been said that lightning never strikes the same place twice. However, it does in the case of Tesla. The band is thrilled to announce the release of a live recording of their classic album, Mechanical Resonance LIVE!, celebrating the original multi-Platinum record’s 30th birthday in style. With a few surprises up their sleeve, including the single “Save That Goodness” written and produced by Phil Collen of Def Leppard, the album will be released in Europe on August 26th.

Loud & Proud Records will release Red White & Blue (Live), a recently unearthed live Van Zant show recorded on January 28, 2006 at Wild Adventures Theme Park in Valdosta, Georgia and is the only concert recording in existence from the only tour by brothers Johnny (Lynyrd Skynyrd) and Donnie (38 Special).

The concert opens with the crowd-pleasing “Takin’ Up Space,” and includes their 2005 hit “Help Somebody,” which reached #7 on the Country Singles chart. The brothers also perform fan-favorite versions of 38 Special’s “Wild Eyed Southern Boys,” which Johnny sings for the first time, as well as Lynyrd Skynyrd’s “Call Me the Breeze” and “Sweet Home Alabama”.

No salt. No Lemon. No chaser. Tequila Mockingbyrd are proud to be releasing their debut long player; Fight And Flight (Distortion Records) on 8th July 2016 alongside lead track “I Smell Rock N Roll”.

The Melbournians – Estelle Artois (vocals/ guitar), Jess Reily (bass) and Josie O’Toole (drums) distill high-velocity melodic punk with anthemic, primitive rock. An obsessive love of touring has seen them play over 200 shows since forming in 2012, a schooling that has helped shape the songs that make up their explosive debut.

Boudain’s recent LP Way of the Hoof is to be issued on limited edition CD and vinyl versions due out on July 22nd and September 30th respectively. You can pre-order it over at Clear Spot.

Recorded at SpaceLab 420 Studios, Way of the Hoof is perfect for anyone who enjoys the kind of groove that makes you want to smoke out, grill out, and chill with the swine.

Composition wise, Inverted Matter have just finished writing their new album. They will go on to record it through this summer.

There have been some changes in their line up and the band is proud to announce that Michael Smith joined (former Suffocation) in to play drums, Leonardo “Lispio” Langaro on bass and Jason Nealy on guitar. And just like it happened with the first album, Ivan Odorico will be featured as guest lead guitarist on some tracks. Here’s a taste of their new material.