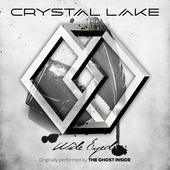 As was widely reported in November, The Ghost Inside were involved in a horrific bus crash while on tour. The crash resulted in the deaths of two crew members and serious injuries to band members. Being the United States, this was – as well as being an awful thing to go through – a horrendous financial hit for those involved.

To try and help, Tokyo band Crystal Lake have recorded their own version of The Ghost Inside’s “Wide Eyed”. As well as being a belting version of an already impressive original, every penny raised from sales goes directly towards medical expenses incurred as a result of the tragedy.

You can listen to the track below – note the all-important “Purchase this track here” button!

We had a chance to tour with The Ghost Inside in Japan three years ago. When we heard this news, we, like all of you, were so shocked and at a loss for words. We strongly felt that we must do something to help support The Ghost Inside, as a band and simply as their friends from the other side of the world.

Through these tough times, The Ghost Inside has been posting heartfelt messages and photos of them in recovery, and witnessing their positive attitude and strength to recover has taught us what being a band is all about. “Wide Eyed” is one of our favorite tracks from Dear Youth and Vigil’s lyrics about how they must keep moving forward with strong will and faith, no matter how hard the situation is, was truly inspiring to us. It is an honor to have this opportunity to give our words and hearts as Crystal Lake.

This song encouraged us when we needed to look up. We don’t know how helpful this can be, but we will be so happy if this project means something to The Ghost Inside. We gave our best shot to breathe our hope and emotion into this great song in Crystal Lake’s way, so we hope everyone who reads this will take a listen and help support The Ghost Inside during this time of need.

The song can be purchased on iTunes and if you want to donate more than the cost price there is a GoFundMe campaign running as well.