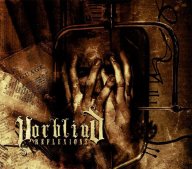 Blind… But Alive, Yorblind’s third album, will be released on June under Great Dane Records / Season of Mist.

The opus was fully produced by Edgard Chevalier at the Lower Tones Place Studio.

This third opus was recorded by :

… exhort you to live an unheard experiment listening to each of these new titles.

The first two albums of the band, “Melancholy Souls” and “Reflexions”, are always available at season-of-mist.com.