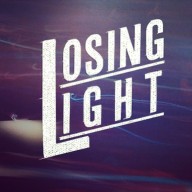 Actually, out a couple of days ago. Just going through my ridiculously over-full email folder! Please excuse the promo literature “cut and paste” job, but I’m short of time and would rather get news out there, even if it’s the quick and easy way!

Chronographs first hit the scene in 2010 with the online release of free EP, The Outhouse Sessions, creating a huge online buzz and demand for the live show, quickly prompting a string of headline shows around the UK, and a nationwide tour as main support for Mediaskare’s Hero In Error.

Following their initial wave of underground success, the band set out to write a new record with the intent of further raising the bar in terms of songwriting and technicality, and the resulting Nausea EP, has exceed all expectations. Boasting five tracks of raw aggression, fresh, bandwagon-dodging riffery and glorious refrains, this EP is the soundtrack of a band with a burning desire to breathe fresh life into the metal scene and a great taster of things to come.

Following the release of Nausea at the beginning of 2013, Chronographs set off around the UK and Europe promoting the release with both tour and festival appearances.

Now into 2014, the band are departing on a new journey. Devoting their time to regular single releases every month, with musical and lyrical content documenting the environment and emotions of the quintet at the time of writing. The new Chronographs material is truthful, long-lasting, and unapologetically honest.