It’s that time of year where we set out to interview as many of the Sophie, New Blood, and Jager bands as we can in the lead-up to one of the most anticipated festivals of the year, Bloodstock. Answering our questions here is James from Draconian Reign who play the New Blood stage on the Saturday. 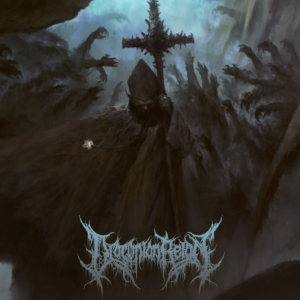 
We are from lovely Nottingham!


We have only been playing together for about 9 months, but James and I started the project over lockdown as something to help us with the boredom of staying inside for months on end.


I heard the word “draconian” on the news and thought it sounded theatrical. Then the word “reign” is also very powerful.. It’s a fairly metal band name that rolls off the tongue!


We are a deathcore band by name, but we are heavily influenced by bands outside of our subgenre. We wrote our first EP before we had locked in members, so our new music is much more grand in scale. We love stuff like My Chemical Romance as much as we do bands such as Dimmu Borgir or Septicflesh.


We aim to entertain! We bring a lot of energy to our live shows. We see it as more of a performance than a band – that sounds very pretentious but we want people to feel something.


I have been about 8 times! We only live 40 minutes away so I come all the time and love it.


We got the slot by emailing one of the organisers. We were very lucky!


We couldn’t believe it – I ran around the kitchen!


We will be playing our debut EP Necromantic in full.


Too many to say! We don’t want to clash with Lorna Shore or Sylosis so we can see them, and we can’t wait to watch Dimmu Borgir. On other days we are dying to see Dark Funeral, Behemoth, Belphegor, Cattle Decapitation and many more.


I think the wildest thing I’ve seen was Suicide Silence and Parkway Drive playing the Rock City basement in 2008. I had no idea how special that show was at the time! The place was wild and kids were stage-diving from the bar and PA system.

I am going to be very boring and say some room temperature water so that my voice behaves itself. After we come off stage I will be drinking as much rum as I humanly can!