Strangely not the first time we’ve featured this song as a cover, having already raved about A Joker’s Rage’s version (which is even better when you see it live). However, this one dropped into our mailbox and a) it’s a damn fine rendition with b) a cracking video to go along with it. 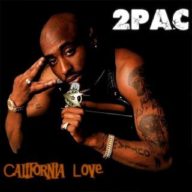 The song comes from the band’s upcoming, self-produced, 25-track sophomore LP More Badass Than Half Ass which is set for release on November 29, 2016.

Created by members of some of Sacramento’s hardest working local bands, Korean Fire Drill (because Chinese was already taken), also known as KFD, started off as three guys jamming out their first three songs on the first day they met. Coining the band’s name along with the motto “Halfass is Badass”, KFD had immediately and unknowingly set out to become California’s go to comedy hard rock act.