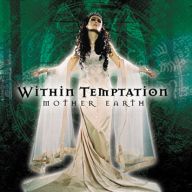 [avatar user=”Mosh” size=”50″ align=”left” /]Not a band I’ve heard of before (Alwaid, that is), but I was pointed towards their cover of Within Temptation’s “Never Ending Story” by Mel of Aonia (themselves a former Band of the Day). It’s a live rendition and a very good one indeed.

Always nice to hear a classic track redone, especially by an act that’s new to me.

Alwaid themselves are a six-piece melodic metal band based in Lille, France. My limited French tells me they’ve been together since late 2010 and have played an impressive number of live shows. Their first album, Lacus Somniorum, came out in March 2014. They toured to support the album in France, Belgium and over here.

To get a sense of what they sound like while hearing a familiar track, check them out below.

[…] popped onto my radar courtesy of Aonia and their cover of Within Temptation’s “Never Ending Story”. The band were kind enough to send me a copy of their debut album which was released in March this […]