Grab some musicians from all over the US, mix in a bunch of wide influences and what do you get? We’ll let The Frst tell you… 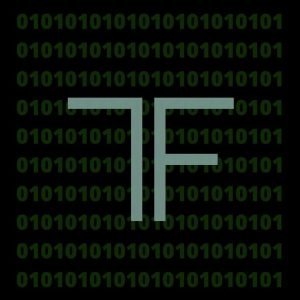 Nashville, TN aka Music City. Originally though, we’re from all over the USA – FL, CA, OH, IN…

Through all of us being a part of the tightly knit rock scene in Nashville. There’s a lot of country in this town, us rockers have to stick together (laughs). I probably go the furthest back with Justin (Smith, Bassist) we met on my very first tour as a sideman in Nashville, and ironically my roommate at the time was signing his former band, Eliot Root, but we had never met until we jumped in a Van headed for Chicago.

We have been since 2017. We toured the entire east coast that year without any press or recordings, which you can watch online, before we put out our debut single, “Another One”, in the fall of 2018.

Too late! Freedom and fun were the goals with this project, so as a constant reminder, there is no I in The Frst. Really, Music is The Frst, and we’re here to serve the purpose of the songs, which is bigger than ourselves.

Everything from Radiohead to Anderson Paak; to heavier bands, like Black Flag and The Melvins; as well as softer stuff, like Santana and George Benson.

If we were put into a box, it would be Alternative Indie Rock.  What fans say that make us unique is our blending of Surf, Hip-hop and World Influences, that bring us out of the box.

It’s like a roller coaster (laughs). We have each played at least a few thousands gigs but as The Frst we have played about 100+ shows in the previous year, we’ve mostly been in the studio. Now that COVID-19 is the norm, we’ll be doing some webcasts on the Sessions platform.

If I told you that I might be arrested, so instead I will tell you a great Spinal Tap moment! We were opening for Portugal. The Man and I climbed on top of one of the line arrays, but because of my boots I slipped off the speaker and hit my nuts on the left metal caster of the speaker corner (ouch!). Luckily, the crowd thought I was crowd surfing and caught me, which gave me just enough time to recover and try to act natural when they threw me back on stage!

At the studio we use a Ludwig kit, Jeff uses TRX Cymbals; As for guitars, I don’t endorse any specific brands other than our own signature Hubcap guitar, as well as Randall Amps, who were with me long before The Frst. I primarily tune down a 1/2 step to Eb, I’ve always enjoyed that tuning.

We released our 9th studio single “Duh” a few weeks ago, and the video for it will be released with our debut album, Prelude on August 14. There’s a new single on the album as well, “Slow”.

Along with new singles, videos, and webcasts, we’ve already started work on our sophomore full length album, which you’ll start hear singles from in early 2021. Grammy winner Steve Hardy (Jay Z, Alicia Keys) is going to be mixing the full record this time, and of course Andy VanDette (David Bowie, Sublime, The Beastie Boys) will return for the mastering.

We would love to support Low Cut Connie again or Dinosaur Pile-Up in the UK. As for openers, we’re big fans of Shane Hurst aka Adjust the Sails, though we should probably be opening for them! (laughs).