If there’s a time to be angry, it’s now. And if there’s music to get angry to, it’s hardcore… 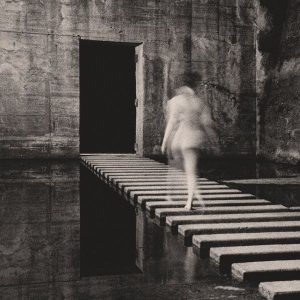 Currently, four of us live in Cologne while our singer Rob resides in Dresden. You can’t really live much further away from each other in Germany!

We started this band in Paderborn where most of us are from. Paderborn is a smaller city in the middle of Germany that used to have a really vivid punk, metal and hardcore scene. We met at shows when we were still in our teens and some of us have played in different bands and projects together before. We started GIVER when most of us were at the brink of moving away to study or finish school. Our first guitarist left the band and we met Benni in Cologne who joined when we were recording our first full-length.

2020 marks our seventh year as GIVER.

We tried to come up with cool and profound meanings several times but the truth is, we just liked the way the word GIVER and its implications, sound and how it looks spelled out on paper. I think we came up with it because of a song title of the German crust/hardcore band MNMNTS. However, I guess 4/5 of us have never listened to that song.

All of us are, to some extent, active in the song writing process and have different influences that range from metal bands like Tribulation, Oathbreaker, Deftones and Deafhaven over screamo and punk bands like Orchid, Touche Amore or Strike Anywhere, to more classic hardcore bands such as Ceremony, Verse, Modern Life Is War or Have Heart.

We’ve mostly been described as “melodic hardcore” meaning hardcore in the sense of bands such as Defeater, Landscapes or Blacklisted. I guess we also have quite a few metal or even black metal elements but also pretty straight forward d-beat punk parts on the new record. We definitely haven’t re-invented the wheel but I would say what makes us slightly unique in the scene of today is that we try to seldom rely on brutal mosh parts or emotive clean vocal/spoken word parts to create energy and get our point emotionally across. At least that is what we are trying to do when writing songs.

Our latest record Sculpture Of Violence deals a lot with identity, mechanisms of exclusion and our own role as white male dudes of the global north. We’ve asked ourselves the question whether there can ever be true peace amongst humankind or if we need constant struggle and isolation as a means to define ourselves. We speak about issues like masculinity, exploitation of the global south, the capitalist system we live in and how it forces us to act against our own morals every day and the rift this creates in us. However, we also try to talk about hope, how we can create it actively by taking action and feel like this band is a very cool platform for us as a collective of individuals to find and discuss ways for this.

Hmm we’ve maybe played around 300 shows as a band but stopped counting quite a while ago. Our show has definitely changed a lot about the course of the last few years. When our first album came out, we started discussing what we’d like to say in between songs and attributing just as much importance to these little speeches and topics that seem important to us as to choosing which songs we wanted to play live. Before that we just had two EPs and kind of just played every song we had haha. And now with our second album out, we have to choose even more carefully which one’s we’d like to play. However, we definitely always try to deliver a very energetic show and like playing sweaty small venues the most.

We played a show in Saalfeld in eastern Germany once and the venue was full of seriously wasted punks when we arrived. They were all crazy pogo-dancing and spilling beers all over the place during our set and the set of the band after us. So when the last band wanted to start playing, they realised that none of their amps worked anymore because there had been litres and litres of beer poured over them. We helped them out and gave them all our gear whilst pit-watching for beer bottles coming dangerously close to the stage until the end of their set. Is this still punk?

Here is a list of stuff we all play and use for live shows at the moment:

Not being ashamed of forming a political opinion and getting active. With the far right growing stronger every day, the climate catastrophe approaching and nationalism gaining supporters again, it is up to all of us to create a free and just world that is worth living in. Plus: just like playing in a band, becoming politically active is great fun and very empowering. You meet awesome people who care about how they want to live. Don’t take the world as it is for granted and love yourself.

We’re going to tour with Employed To Serve and have several small headline tours planned. There’ll also be a run of shows in France with our friends in Slope and a little UK tour around our performance at 2000trees Festival.

We always enjoy playing shows with our mates in Tides Denied (awesome youth-crew HC from Germany – check them out!) and Wayste (crust/screamo/hc from Germany – serious rockers). Bands we all would love to support on a tour would definitely be Converge, Modern Life Is War, Verse or Touche Amore.