With the new Star Wars film on the cusp of release, it seems a rather apt time to be talking to a band called A New Hope… 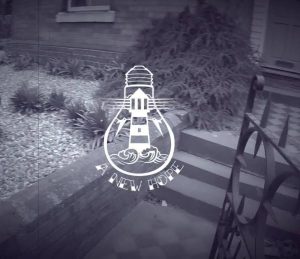 5 of us are from Newbury and 1 from Hereford.

Ben, Jamie and Chris had played in a band together before (This Is Shark Country), and knew Josh and Braydie through their bands gigging the local circuit (Tigers Of Junction Street, Elasea). When these bands ceased to be, everyone had the desire to just play some fun music. Ali was the last piece of the puzzle. Jamie played him a demo while tattooing him, and he was keen to get involved.

It comes from the Star Wars film as you probably expect. Josh and Ben are big Star Wars fans, and Jamie suggested the name as a way of enticing them into the project.

It varies for each of us, but there’s a lot of pop punk and metal, with some other bits thrown in for good measure.

Downtuned and upbeat. A lot of the guitar work draws from out metal influences, with the vocals, melody and structure drawing more from the pop punk side. Heavy pop punk has obviously been done before, but I think what makes us unique is the electronic elements underpinning the sound rhythmically as well as melodically. We use a lot of loops and samples.

The lyrics generally draw from Josh’s life experience, often dealing with past relationships and friendships. Although the music is upbeat, the lyrics sometimes have a darker undertone.

It’s 50% music, 50% stand-up comedy. We don’t take ourselves seriously at all. We try to make it feel like everyone in the room is at a sick house party, having a great time. We’ve played about 30 shows I think.

We had a guy in the crowd spin-kick someone’s drink out of their hand, that was pretty funny. Jamie spilt his pint on stage once and Josh forced him to mop it up whilst berating him on the mic before we continued. Not very wild. Funny though.

Josh – SM7B in the studio, whatever at a show.

Our next single, The Triggering, was out on 22nd November with a music video. Check it out.

We have more tracks on the way early next year, and we’ll be touring as far and wide as possible. Keep an eye out.

We’d love to be supporting A Day To Remember. It’s an obvious choice but I think we owe a lot of our sound to them. Also they seem like they’d be up for a good party. We’d love Settle Your Scores to open. They’re way better than us, and they deserve to be so much bigger than they are! They don’t take themselves seriously either (check out their Facebook page for many memes).