Over the course of the past nine years, Alabama-based rockers Ash Of Eden have gone from strength to strength, growing at a rapid pace, particularly since their first release, Approaching The God Complex. Now, with the release of their new album, Lost Souls, the band are readying themselves to take the metal scene by storm with their music. We managed to grab a chat with these hard-rocking mad men to see what goes into making Ash Of Eden tick. 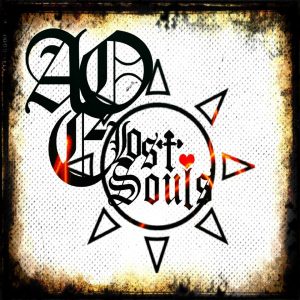 We are from the world famous Muscle Shoals, Alabama.

I (J.R.) responded to a Craigslist ad where Alex was looking for a guitarist… It all started there.

Alex, and I have been writing together since 2009. Our most recent members, Blake (bassist) and Bret (drummer/producer), have been with us since 2015.

Before you get sick of being asked… Where does the band name come from?

The name comes from a Star Trek book called The Ashes Of Eden. We shortened it to Ash Of Eden so it rolled off the tongue better also we just didn’t want to be another “the” band.

We all tend to be highly influenced by older bands, like My Chemical Romance, In Flames, Pantera, Red Hot Chili Peppers, and Korn. There’s a bunch of others, but those are the ones that always come to mind when people ask us this.

I feel like the melodic aspect and more so the lyrical content are what makes us unique; the story. Best way to know is to listen you can check it out through our bandcamp or our youtube channel.

Disillusionment with love, The loss of innocence that occurs as you grow, and various other life events. Most of our songs are really all about life. Sometimes it really sucks, but you gotta work really hard for things to get better, so you can’t lose hope.

Our live shows will be developing as the year progresses, but I would say we concentrate mainly on being precise, and with a comfortable, relatable energy. I believe we have played between 65 and 75 shows. We peaked at around 34 shows in one year; I was working band boot camp for sure!

Wildest thing at the show I would say is the tendency of people wanting to sing with Alex! I’ve seen multiple people join Alex in singing. It’s always great to get that kind of feedback.

For the guitar amp we use a Blackstar combo, and the guitar is an ESP Phoenix

For the vocals we use the old standy Shure SM58 wireless microphone, and depending on the show, a TC Helicon Mic Mechanic Stompbox. If there isn’t a sound man, it has this little magic button that makes the vocals sound really crisp with some built in EQ, reverb, noise gating, and compression.

To get our music out to everybody who will listen! We’re really working on building our social media presence right now. By the way, you can follow us via our facebook and twitter.

We’d definitely have Echoes Of Creation (a local band native to Alabama as well), and we’d love to be supporting bands like Falling In Reverse, or Black Veil Brides.

Lost Souls is out now and is available to purchase here.