One thing we know about Oceans is that they’re just about to drop a new single (we’ll share it tomorrow once it’s out). The other thing we know is they’re touring – dates further down. Anything else you want to know? Well, the band have beat you to it… 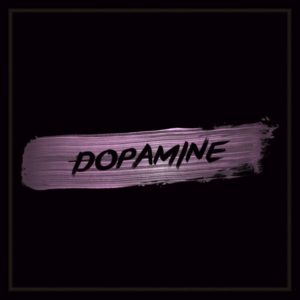 We’re all scattered around the Southeast of England! Let me break it down for you…

Well we all went to the same music institution called BIMM that’s based in Brighton but we technically met at a notorious party flat that’s also in Brighton!

We don’t tire of hearing that question and we wish we could hear it some more! The name spawned from when the Malory Knox song “Oceans” came on the TV and we thought “we’ll take that!”

Incubus, Deftones, Lower Than Atlantis, At The Drive In, Foo Fighters, etc., etc.

We’ve been told numerous times that our sound is really hard to pinpoint and relate to any other band. We think the fact that our singer Zach came from a completely different musical background to the rest of the band has impacted the sound.

Our lyrical content for the most part is usually based on things that are occurring in our own lives. We try and leave room for interpretation in our music as well.

Always energetic regardless of audience turnout! You can usually expect some moshing and on the last tour there was a lot of falling into drum kits… We lost count a long time ago of how many shows we’ve played but we will have toured four times in the space of a year and gig a hell of a lot in between tours so that’s got to amount to a lot.

On our last tour we literally played on a building site… The venue was getting renovated and you could say the construction work was slightly overdue.

Good question! We use a Fender Stratocaster modified with EMG’s and an Ibanez SA Series for the guitars, a Fender Jazzmaster Bass and our kit is a Gretsch Catalina Club Rock.

We have our brand spanking new single “Dopamine” that will be released on Sunday! We’re very proud of it and urge you to listen to it! In celebration of the single’s release, we’re going on tour as well from September 24th till October 1st.

After the release of “Dopamine” and the tour, we’ll be doing a weekender that will be Leeds – October 13th and Birmingham – October 14th so we’re really psyched about that! We also have a few acoustic videos we’re going to release so there’s a bit to come! We work really hard so we always have something to offer.

To go on before us we’d love to have our friends band called I, The Dreamer and to headline, it would great to have Holding Absence.

From previous Band of the Day Crow Country Outlaw: Would you trade your current life for another musician’s in terms of success, style, friends family, etc.?

That’s a good question! Sorry to sound really cringe but being in a band is all about the journey and not the end goal. We’re not the biggest band in the world but we still love every part of what an underground band entails. So to answer the question, no, we wouldn’t as we’re happy where we are.

From another BotD, We Are The Catalyst: What is your writing process like when writing new songs?

Mostly the spark of a song will start from the guitarist then from that point, it evolves by adding other layers and instrumentation then when everyone in the band is involved, the shape of the song starts taking place.

And from The Blend: What do you put on your toast?