Ashes Of My Regrets announced their EP the other day and we featured the first video from it. And then we thought it would be nice to know a little more about them. They were nice enough to write back and you can check out that video for “Daydreams” at the bottom.

Ashes Of My Regrets is from Bergen County New Jersey

To be honest most of us were just best friends who so happened to play all different instruments and shared a passion for making music. Brandon joined a little bit later after Juan introduced us to him. 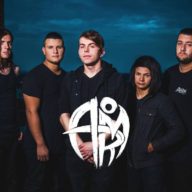 The band name was created by our vocalist Chris. Pretty much we wanted to convey a meaning and with some word play we came up with Ashes Of My Regrets. The meaning behind it is that no matter what you have gone through or how much mistakes you have made you always have the power to create yourself a better future. Pretty much just leave all the terrible things in life in the past and never look back. Only push yourself forward and make yourself into the best you can be.

We definitely have a lot. When it comes to older bands acts like Slipknot, System of a Down, Muse, and Avenged Sevenfold really inspired some of the band members and really got them interested into this style of music. Some newer bands would be like Asking Alexandria, Bring Me The Horizon, Crown the Empire, Memphis May Fire. The list goes on and on.

Our music definitely dark and we feel like it gives off a certain vibe that you won’t hear anywhere else. We’ve been told a couple times recently that our vocalist has a unique voice which definitely is pretty cool to here.

When it comes to Caricatures a lot of it is focused on the darker aspects of life however there is hope thrown in there really to portray that things do get better. Depression, Anxiety, Betrayal are topics that you will find on a few songs on Caricatures.

At this point it’s hard to count how many exact shows we have played since there has been so many. However we have done two tours at this point. Our live show is extremely high energy and we really like to get the crowd involved. Whether we’re playing in front of 50 or 500 people you will see the same amount of energy no matter what. If you’re looking for a good time definitely come out and support you won’t regret it.

I think the craziest thing would probably be the wall of death we had when we opened up for We Came As Romans. By far the biggest craziest one we have ever had. 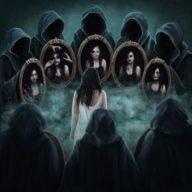 Your new EP is out very soon. Do you feel it’s much of a change from We All Have Our Demons?

It definitely is a little different but we do think it is an extreme step up from our debut. We think we have grown as musicians a lot.

Who came up with the idea for the video for “Daydreams”?

Alex Kouvastos from Blackwolf Imaging came up with it. He’s the one who filmed and we couldn’t be happier with the way it came out.

Caricatures is out on November 4th