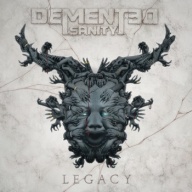 Mr Sanity (I shit you not – that’s his name… well, at least that’s what he told me) emailed to tell me about this group of his. Like Ferium the other day they come from Israel, though from the pretty seaside town of Tel Aviv (where I almost got lost once, found my hostel and then didn’t stay there as I went to a fetish club instead).

Unlike Ferium, they play melodic hardcore and have been going since 2009. They’ve really started to push forward with released over the last two years, with a couple of singles culminating in a new, full album called Legacy.

There are several reasons for getting a copy of Legacy:

That there has to be a triumvirate of reasons for scrolling to the bottom of the page and clicking the links to grab it. While you’re down there, you’ll want to sample “Indifference”. Well, it’s just sat there so you may as well play it.

Seriously. Remember that mawkish Jerry Maguire film? “You had me at hello”? Well, Legacy had me at the opening belting drum beats of track one.

Do note that the free download is in perfectly listenable 128kbps mp3 format. If, however, you desire it in better quality then pop over to their bandcamp page where you can get it for 15 Shekels (about £2.61). Which is still a fucking bargain.

I know if you are young, you’d enjoy the band. I have seen senior citizens love to hear the traditional shofars. They aren’t available easily and you won’t be able to find experts for this piece of musical instrument. But I would highly recommend searching for synagogues, you can easily find people playing shofars there.