This year has gone far too quickly for me and has been a little more challenging than others. Real life duties have sadly kept me from doing as much with the site but hopefully that will change soon. There have been some amazing shows I have been to this year though, and I’ve deliberated long and hard over my choices. I know it sounds cliché, but this gets harder each year! 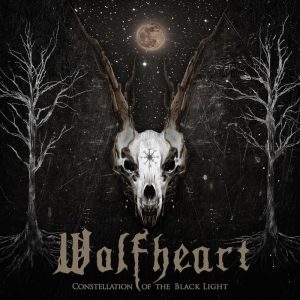 I declared it in my interview and I say it again here, this is one of the best albums I have ever heard. Every single song can stand on its own and the whole album is so easy to listen to. Plus, the music videos are incredible as well.

Both of these albums surprised me but in different ways. Hamferð surprised me by creating a fantastic soundscape and mixing harsh and clean vocals so beautifully. Mors Subita, on the other hand, surprised me retaining melody whilst not losing their “smash your face in” level of heaviness.

A true step up for the guys, this album is really quite amazing. It flows fantastically as an album and the songs sound incredible both live and on the record. “Over the Battlefield” and “The Fearless Entity” are my two favourites.

If there is one album which I think will take a band who was relatively unknown prior to this release up onto the bigger stage, it’s this one. It is melodic metal done right. The band deserve to be proud of it and to gain a larger footprint in the scene.

Best album for trying something new: Rivers of Nihil – Where Owls Know My Name

An album of this calibre deserves its own section in my highlights. The songwriting on Owls is unlike any other I have heard and the instrumentation on the tracks is incredible. The sax parts work super-well and provide expert contrast to the overdriven guitars.

Okay, so I might have only watched one concert DVD this year, but this was amazing. The mix on this DVD is nothing short of fantastic and the band delivered a fantastic performance. Don’t believe me, just watch the video for “Demon of the Fall”.

I love Rick Astley and this album reinforced my love of his music. “Try” is an amazing track and the orchestral version of it mesmerising.

Cracking return album by a band which I feel does not get the attention it deserves. Much darker than their earlier material but really good.

Again, a really good album by a great band. It’s been a year for this kind of album and whilst some people might not like the direction the band took, I personally think it paid off.

My first concert outside of the UK in one of my favourite European cities. Equilibrium stole the show in my opinion though, they were just that good.

It had been far too long since I’d seen OG and it was fantastic to see them play a superb set with excellent support acts.

A superb band with awesome music. I don’t think I need to say more really.

The heaviness of this concert cannot be measured using normal means.

I’m struggling in this category as I haven’t been to that many gigs or listened to that many new bands this year. If I had to pick one though, I would probably have to give it to Nothgard. Their new album has skyrocketed them into the ears of a lot more people and I wish them all the success in the coming months and years.

Probably the fact that I finally after 8 years got to see Equilibirum. They pulled out all the stops to deliver a fantastic show and as I mentioned earlier, they stole that show for me. They are all really nice guys as well which just added to the whole experience.

I’m going to join with Ross and say that the fire at the Glasgow School of Art which heavily damaged the O2 ABC was incredibly sad. I’ve seen some fantastic gigs in there and whilst I don’t live in Glasgow anymore, I was deeply saddened to hear of its damage.

Overall view of the year

For this part, I took a look at what I said last year and in some ways the same can apply for 2018. There have been so many good albums that compiling a list of favourites has been incredibly difficult. In addition, the live shows have continued to get better with various new technologies that bands are using to further enhance the “show” aspect of the performance. With that being said, I would have liked to get to more gigs this year. With working shifts for two thirds of the year it became increasingly difficult to get along to concerts despite being closer to a major “gig hub”. That has now changed and I hope to get along to more in 2019 so that we can continue to bring you quality unbiased content.