Looking back, 2017 has been a fun and exciting time to write for Moshville Times. I would have loved to have written more, seen more, heard more and spoken to more musicians, but sometimes life just gets in the way.

Living in southern Spain doesn’t help matters! As much as days and days of sunshine and a more relaxed pace of life is why we’re here – it does leave a few gaping holes in terms of enjoying live music. And it’s agonising knowing your favourite new bands are playing gigs in your home town and you just can’t get there. But rather than focus on what I missed I will share my highlights:

Looking back over the 17 album/EP reviews I wrote this year, I’m going to go for my top three, the three that made most of an impression on me:

These insanely skilled musicians brought us their first full length album of sheer prog-tinged joy. A firm favourite in our household, we’d love to see them live. 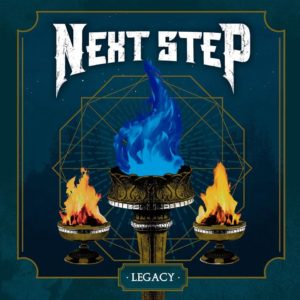 When I heard the opening notes to the album I remember getting tingles down my spine and having to immediately message fellow Moshville Times colleague James to share in a “how good is this!?” moment. I had the pleasure of interviewing Diego and Irene shortly after listening to the album and I’m going to make it a priority to see them live in 2018.

I’ve added this one in because I simply still can’t stop listening to it. I have the CD in my car and for a long while haven’t been inclined to listen to anything else while driving. Very keen to keep a firm eye on these guys in 2018.

Having discovered them in the later part of 2016 it was a priceless moment catching them live for the first time in March this year. You can read the review via the link above.

When I found out early this year that Life of Agony were releasing a new album (A Place Where There’s No More Pain – reviewed here) after a long hiatus, I was really excited to find out more. Having been a fan in the 90s I’d since lost track of what they were up to but their first two albums were solid favourites of mine. Then the opportunity came up for an interview so I jumped at the chance and seriously enjoyed chewing the cud with Joey Z. Just so gutted I missed both their Madrid and London shows this year. I long for the day that teleportation really exists…

I am going to give this spot to my new friends and shining stars from Madrid that are Next Step. Their album Legacy is simply epic and needs to be spread far and wide for all to see and hear. Add to that their intelligence, energy, lust for life and all that is metal. I salute them and sincerely wish them a storming year ahead in 2018. If I don’t manage to see these guys live in the coming year then something is wrong with the universe.

If you’ve read any of the other crew reviews then much of my thoughts have already been expressed. Losing Chris Cornell was a blow to the genre of music that encapsulated my formative years. The Manchester Arena bomb was another stark reminder that there are forces of evil in the places you’d least expect. But the solidarity among music lovers of all genres has really shone through and hopefully some lives will be saved as a result.

To echo my colleagues I would also like to thank all the PR teams who work tirelessly to promote new music to the wider world, my colleagues at Moshville Times for being a great fun crowd of dedicated music lovers, da boss Mr Mosh himself for trusting me to put pen to paper and share my very humble opinions and finally to all the musicians, writers, singers and creative fountains without which our world would be a far less colourful place. C’mon 2018, we’re ready for you.