As part of our series featuring venues involved in Independent Venue Week (Jan 23-29), Sheggs is covering a bunch of the Yorkshire locations… 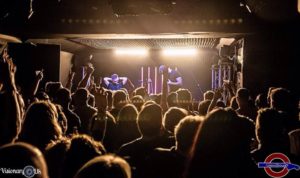 Brief History: I would imagine that The Underground is one of the newest venues on the list but this doesn’t make it one of the least important. In some ways, the introduction of The Underground to Bradford is vital to the city. Bradford has a proud tradition of fantastic rock and metal clubs that since the closure of Rios has seen several come and go. Before The Underground opening last year there had been no functioning venue of this size in Bradford.

Personal Experience: The Underground is already establishing itself as a great Bradford venue. It is the same building that used to host The Gasworks and the new venue is continuing the spirit and history of the place. I know from talking to colleagues that the stage, backstage area and attention to detail for the bands playing there remains the same; as does the atmosphere. It was always a great place to play and remains so under its new guise.