So the year 2016 is soon coming to a close. There’s been a lot going on this year in the rock and metal world from lots of great new records being released, to awesome gigs and more. We at Moshville Times have been proud to bring you the best coverage of all things hard and heavy this year, and we’re already looking forward to what 2017 has to offer.  For now, here’s my personal reflection upon the last 12 months. 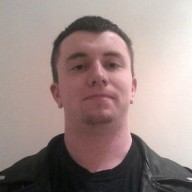 There’s been a shedload of awesome new rock and metal albums this year. For me there’s been four real standout albums.

Sodom – Decision Day. For Moshville’s resident Sodomaniac, this album was bound to make my list. Decision Day brilliantly marries everything that Sodom have been known for throughout their 35-year history. It’s heavy, fast and features what I think is frontman Tom Angelripper’s best ever vocal performance. Simply awesome no-nonsense modern thrash that’s certain to get the head banging.

Vektor – Terminal Redux. It’s been a long time coming and Vektor didn’t disappoint. Terminal Redux is a masterpiece in progressive extreme thrash. There’s so much going on you can’t help but be in awe of the virtuosic musicianship on display. The album is something that needs to be heard in full to be truly experienced. Check it out now.

Devin Townsend Project – Transcendence. Devin Townsend has done it again. Another brilliant album in his extensive discography, Transcendence also showcases the best of what Townsend has given us over the years. It’s progressive and catchy and takes us back to his late 90s/early 2000s releases while still keeping his more pop-style ideas of recent times. Like Terminal Redux, Transcendence isn’t just an album, it’s an experience.

Vader – The Empire. Another band which can do no wrong by me. The Empire is a more simplistic and straight-up album in comparison to more recent Vader albums. It’s crushingly heavy, high speed and in-your-face thrashing death metal. Enough said. Put it on, bang your head and throw yourself into a wall.

I might have bent the criteria a little here with this one. Throughout my time as a music lover I always find myself looking back to more old-skool bands. I’m guilty of not checking out much new music which is something I need to get out of the habit of!

My favourite new discovery this year has to be Swiss extreme metal pioneers Celtic Frost. They’re a band that took some time to grow on me but now I can’t get enough of their unique sound. I’m loving the music of the well known classic releases Morbid Tales, Emperor’s Return, To Mega Therion, and Into the Pandemonium. There’s something about frontman Tom G Warrior’s gruff vocals and the band’s ability to create simple yet really different sounding songs that I can’t get enough of.

I’ve also spent a lot of time in the past few years broadening my musical horizons beyond metal and a lot of that comes from my occasional amateur musical theatre gigs. My partner and I happened upon the musical Kinky Boots when a song from it was featured in a TV show we were watching, and now I can’t get enough of that either! Kinky Boots features songs in a variety of styles from funky disco numbers to rousing pop rock songs and more. The music is really catchy and infectious and works well with the story in keeping it entertaining, funny yet sincere. It’s a great modern musical that I’d thoroughly recommend Moshville Times readers check out if they enjoy shows and fancy something different from metal to enjoy.

I think anyone who was there to see it will undoubtedly say Twisted Sister’s show at this year’s Bloodstock. The band’s performance was simple but powerful. Straight up playing the songs with energy and enthusiasm, tight rhythms and crunchy tones, great stage presence, and expert crowd engagement. It was a fun rock ‘n’ roll show from start to finish, with a touching tribute to our fallen heroes in between. It was a gig many will remember for a long time, especially as one of Twisted Sister’s last. Grab a drink, get together with your friends, shout along, bang your head and rock out. That’s what Twisted Sister are about, and that’s what they brought to Bloodstock.

Worst Thing That Happened: I know a lot of people will say it, but for me it has to be all of the deaths that have happened this year. The passing of Lemmy is still resonating in the hearts of many til this day. For me, the passing of Keith Emerson and Greg Lake is also particularly poignant. Three phenomenal musicians whose work I adore are gone and I’m gutted I never managed to see any of them live. It’s a painful reminder that even though their work is immortal, our heroes aren’t.

For me this is the growth of Moshville Times over the past 12 months. I remember when it was just Iain running the site as a hobby when we connected via the Lawnmower Deth Facebook fan page, I remember my first contribution to the site covering Finntroll’s 2013 gig in Glasgow for Iain, I remember bringing James on board the following spring, and everything to the present day. My contributions have been a little more sporadic in recent times, and I plan to rectify that in the next year, but seeing and being a part of a site with just a couple of hundred Facebook likes grow to a force to be reckoned with in the metal world today is something that truly makes me proud. We are a site run by rabid rock fans for fans and we love what we do for the community.

2016 has been a great year for metal. There’s been loads of great albums, tours and festivals this year which we at Moshville Times have endeavoured to bring you the best and fullest coverage of. There’s been plenty of new discoveries all round be it new bands, old bands or even non-rock/metal groups. It’s great to see that rock and metal is thriving in the underground and exhibiting tons of exciting talent as well as quality new albums from upcoming bands and veterans alike. Long may it continue!

For me, next year is looking pretty exciting already. There’s been a few announcements that have got me really looking forward to 2017 . First of all there’s some new albums to wrap one’s ears around and for me it’s the following (so far!):

Warbringer – Woe to the Vanquished (31st  of March)

In addition to those albums, which I’m sure will be heavy and moshpit-in-living room-invoking, there’s bound to be plenty more awesome new albums released in the coming year.

The other thing about next year which I’m looking forward to are the tour and festival announcements. First and foremost for me is Sodom’s show in Glasgow – it’ll definitely be a raging thrashfest guaranteed! Next is the Lords of the Land festival at the Barrowlands in Glasgow (1st of April) with bands I’m dying to see like Autopsy and Mayhem, as well as bands I’ll happily see over and over again like Acid Reign. It may be a certain day of pranks for some but I’d say it’d be foolish to miss the gig. Last but not least is next year’s Bloodstock. The lineup already looks amazing and there’s still a load of bands to announce. I’m particularly excited about Possessed, Obituary, Hell and of course headliners Amon Amarth.

Of course there’s massive thanks to Moshville editor-in-chief Iain Purdie and the rest of the MT crew for everything they do for the webzine.

Then there’s huge thanks to my amazing partner Chris Grimason for his support and putting up with me when I’m working on Moshville stuff.

Thanks also goes to my family for their support.

Last of all there’s special thanks to the following:

Claire Harris and Sarah Valentine at Nuclear Blast UK for sorting out albums for review, and organising band interviews and gig entries for me.

Kirsten Sprinks and Michelle Kerr at Cosa Nostra PR for allowing me the privilege of working at Bloodstock again this year.

All of the bands, crew and PR personalities I’ve had the pleasure of working with this year.