Orden Ogan recently released the dark fantasy / wild west themed Gunmen. In support, they’ll be hitting the UK for two dates in November – the 7th at the O2 Islington (London) and the 8th at Manchester’s Rebellion. Both dates are with Rhapsody of Fire so there’s plenty of metal going down on those nights! 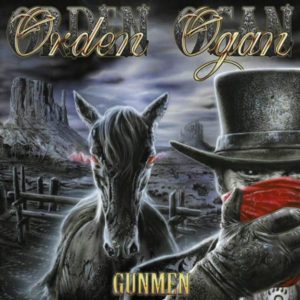 We’ve been offered a place on the guest list for you and a friend for either gig (one pair for Manchester, one pair for London) and a box set (CD/DVD) of the album to give away in the run-up in one of our famous, easy-to-enter competitions.

To be put into the editor-in-chief’s mug for a chance to win, answer the following stupidly easy question:

What animal features on the cover of the new album, Gunmen?

Simply drop us an email at  and message us your name along with the answer and which gig you want to attend. That bit’s important.